Jimmy Gopperth: Winning kick is something I will never forget 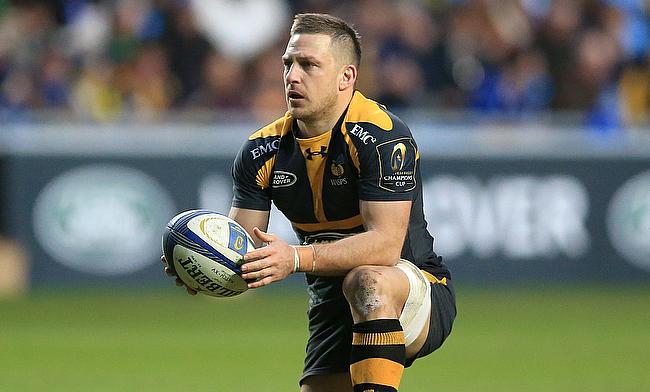 The ice-cool New Zealander kept his nerve amid unbearable tension to convert Charles Piutau's try with the final act of an epic quarter-final that floored Exeter and booked a last-four clash against Saracens on April 23.

Most of his team-mates could not watch the late Ricoh Arena drama, but Gopperth revealed he relished the pressure as a 23,866 crowd witnessed an incredible finale that saw Wasps edge home 25-24.

"I suppose as a goalkicker those are the moments you practice night and day for," he said.

"As soon as the try was scored I excused myself from everyone to try to not get too hyped up. I was just concentrating on what I was supposed to be doing.

"Some of the boys told me they couldn't watch at all, and some even went into the tunnel. I suppose those are the moments. Now we have got one foot in the door, and we are in the semi-final.

"I had another pretty big kick with the (Wellington) Hurricanes. It was about a 53-metre one to get into a final. It wasn't on the buzzer, but still a big moment. This one was on the buzzer and I will always remember it.

"You have to clear your mind and calm your heart-rate right down. You know what you have got to achieve, and then you have to back your ability and hope it all works out.

"You hope you have a few of those opportunities. It just tests your ability, and your nerve as well.

"If you talk to any goalkicker he will say it is part of the game and it is what you do. You do look forward to them. You have got to take them - you can't shy away from them."

And while Premiership leaders Saracens will start as favourites at Reading's Madejski Stadium later this month, Wasps know what it takes to beat them, having claimed a spectacular 64-23 Premiership win in February, albeit when both sides were minus their Six Nations players.

"We have been playing some really good attacking rugby throughout this year," Gopperth added.

"We knew there was space out there, we knew there were opportunities. There is a lot of character in the group to stick to our processes and stick to our guns and just believe in what we are trying to achieve.

"It (Wasps' back division) is right up there - definitely right up there. The confidence the coaches give us to play, they let us have free rein to let us go out and really express ourselves and enjoy the game we love.

"We knew what our task was, and we knew we had the capabilities. It was just about getting the opportunities to really go for it.

"We knew what we had to do was to get the ball in our hands and get some go-forward ball and then anything was possible."