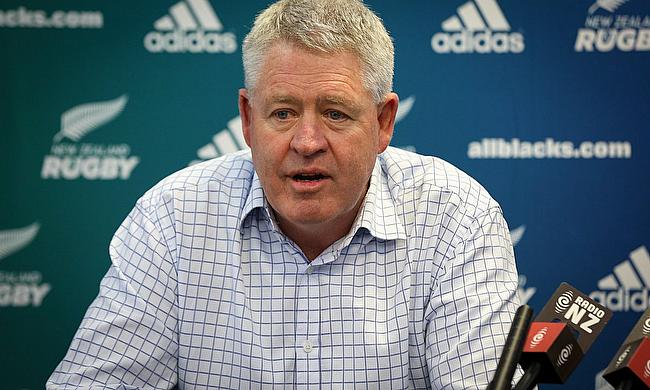 New Zealand Rugby chief executive Steve Tew insisted that Japan will need more exposure at both the international and domestic level in order to be included in the Rugby Championship.

The Brave Blossoms' historic win over South Africa in the 2015 World Cup grabbed the attention of the rugby fraternity with World Rugby promising more opportunities for the second tier teams in future.

In the last seven games, Japan have registered victories on five occasions that includes wins over Korea, Hong Kong and Romania before losing back to back games against Ireland.

Even though, the team has been on the rise, Tew feels it is too early to discuss on the probability of Japan joining the likes of New Zealand, Australia, South Africa and Argentina.

"At some stage Japan being considered for the Rugby Championship would be on the table but, clearly, that has to come at a time when they were able to compete," he told the New Zealand Herald on Thursday.

"Right now SANZAAR is focused on ensuring the Sunwolves can compete in Super Rugby. That's the first step, and they've clearly got a way to go."

Japanese club Sunwolves was introduced into Super Rugby for the first time last year but they have endured struggle since then, winning just three out of the 30 games in the previous two seasons.

SANZAAR has already announced reduction of teams in Super Rugby to 15 from 18 for next season with two South African teams and an Australian team missing out but Sunwolves will given time until at least 2020 to prove a point.

They showed glimpse of what they are capable of in the final round of the 2017 season when they outplayed Auckland Blues by 48-21 at Prince Chichibu Memorial Stadium.

Sunwolves are also hampered by contract issues which sees most of their players contracted to other top clubs in Japan missing pre-season formalities.

Tew believes Japan along with other North American and Pacific teams have the potential to join the Rugby Championship in future with more experience.

"Their entry into a regular competition is a matter of time but ... it's not just Japan we need to be taking into account," Tew said.

"We've got USA and Canada; Georgia in Europe and so how do you find regular competition for those teams to develop and be truly credible threats at Rugby World Cup? That's the challenge for World Rugby.

"If we're going to expand in this part of the world the Pacific Islands are a consideration but they have to come back and prove its right for them and the competition."