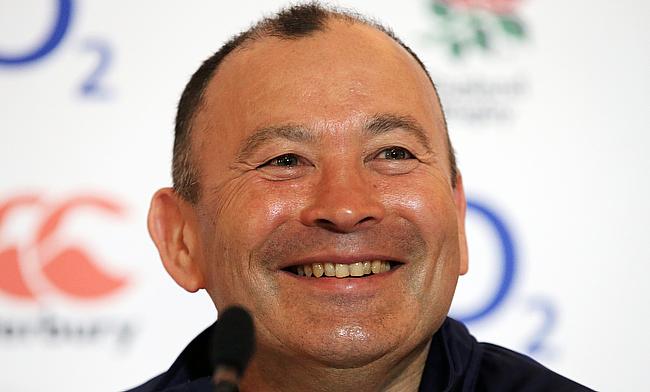 Jones, who successfully led the Brave Blossoms during their 2015 World Cup campaign, believes the Japanese rugby is poised at a juncture from where either it can progress further ahead or become dormant and go downhill.

The present England national coach who was in Tokyo to watch the Sunwolves in training ahead of their Super Rugby encounter, has called for business professionals to oversee the functioning of the sport in Japan, whereas, leave it to the rugby professionals to manage the side.

"Japanese rugby is at the stage where it can really progress or it can stagnate and go down," Jones told reporters in Tokyo on Friday after watching Japanese Super Rugby franchise the Sunwolves train ahead of Saturday's game against the Waratahs.

"The whole structure needs to be more professional," added the man who orchestrated Japan's impressive 34-32 victory over South Africa last year during the 2015 Rugby World Cup.

"You need business men running the business side of things and professional rugby men running the rugby side. The JRFU (Japan Rugby Football Union) is an amateur organisation and that is its challenge moving forward."

Jones also stressed on the importance of encouraging young players such as Maro Itoje back in England, and recommended the JRFU to advance their efforts in providing more opportunities to the young players.

"We have a young lock who is just 21. He studies full time at university and plays professional rugby," Jones added. "Japan needs to be more aggressive in selecting young players and bringing them through."

New Zealand's Jamie Joseph, who has been handed over the coaching reins since Jones' departure, will have a herculean task of rebuilding about three-fourth of the side for the 2019 World Cup which will be hosted in Japan.

"Timing is so important as Japan needs to rebuild," he said.

"At the present rate, by 2019 just 25 percent of the 2015 squad will be in the team. It's going to be a big job (for Joseph) rebuilding as you need an experienced side to play in a World Cup."

Jones also recommended to strike a balance between the Japanese players participating in top rugby leagues and getting sufficient rest to be in top shape for the 2019 World Cup campaign.

"Japan needs to work out the structure of their season. You can't have players playing Top League and Super Rugby continuously. You have to ensure the players are in their optimum condition," he said.