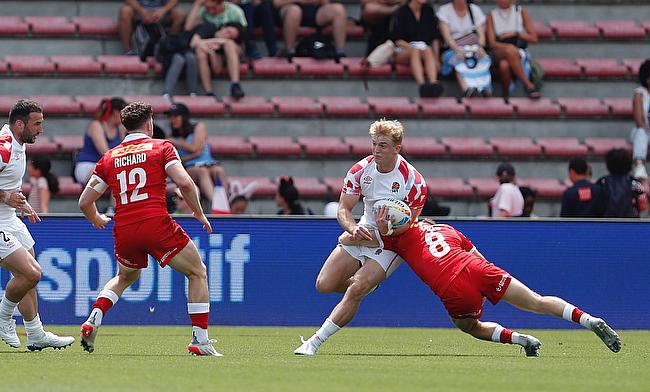 For Jamie Adamson, even being in the capital ahead of the return of the London 7s at Twickenham feels like a leg of the HSBC World Rugby Sevens Series that is far flung from home.

Born, raised and schooled in Durham, the 22-year-old and his teammates finished in sixth place in Toulouse last weekend with England currently sitting eighth in the table ahead of their home leg of the world tour.

France was a chastening experience and England were caught in the eye of a storm after how their Pool A game with series leaders, Argentina, ended.

Tony Roques’ side went on to conclude their weekend in the south of France against Los Pumas in the fifth-place playoff game as Fiji ultimately won the tournament whilst Ireland picked up a maiden runners-up medal.

It has been a World Series like no other, with Covid dictating the start of the season. New Zealand were unable to travel to the first four tournaments as a result of various restrictions, whilst Fiji and Samoa did not compete in Spain due to positive cases in their respective camps.

Even for England, Scotland and Wales, their campaigns did not start until the current calendar year after competing at the two Dubai legs under the banner of Great Britain as the Olympic Games drifted further into the rear-view mirror.

In the case of Adamson, his journey with England Sevens began back in 2019 when he was called upon by his country for Rugby Europe events.

Playing in the Lodz 7s in Poland, the global pandemic and subsequent disbanding of the programme saw him turn back to invitational tournaments with the likes of Samurai whilst also combining his studies at Durham University.

Playing for the Palatinate in BUCS Super Rugby in the 15-a-side game, Adamson says that going full-time with England in the New Year came as a surprise to him after such a brief spell with the team two years before.

“I just got a slight taste of it,” Adamson said. “Then it got scrapped, then after the GB stuff launched for the Olympics, it was great to see lads that I knew or that I knew from the old England programme. It was nice to see them back involved and I was playing the invitational stuff because I enjoyed it.

“In October, I got a call asking if I wanted to go down to one of the GB camps at Loughborough Uni and that was very much out of the blue. It was before Vancouver and Edmonton [2021 World Rugby Sevens], so to be involved with some of the prep and some of the training, it was just massively exciting, a massive learning experience. I wasn’t expecting anything and was just taking it as it came.

“Then I broke my jaw playing for Durham, so that was playing rugby before Christmas written off for me. I was out for 12 weeks with that, and during the time off is when I got the phone call. It was on my birthday actually, so it was a pretty decent birthday present.

“I got a phone call from Charlie Hayter saying that the England programme was starting up and they’d like to offer me a contract. It was just a massively, massively exciting opportunity. I was ready to get back from injury and fly into it.”

A back-row in the full format of the game, Adamson was on the books of Gallagher Premiership side Newcastle Falcons as a teenager. Making the trip to Kingston Park to take part in the Academy schedule from Barnard Castle became second nature, but in his final years, he suffered a back injury and a broken leg that largely resulted in the team not taking a punt on the player.

Good A-Level results meant a place at Durham University was offered to Adamson, even though he did return to Gosforth in 2019 to represent the Falcons in a friendly against FOSROC Super 6 side, Stirling County, where he got 40 minutes under his belt. 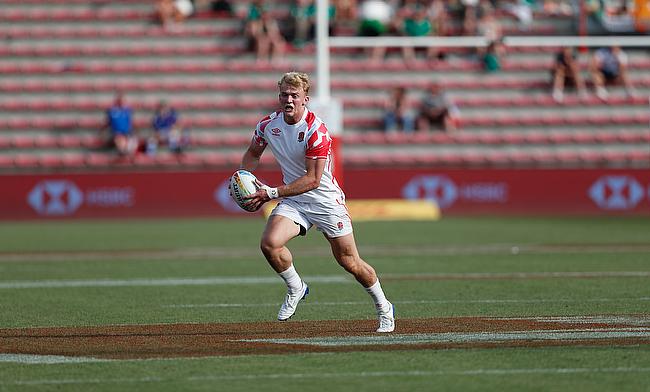 In the most recent season of BUCS Super Rugby, Adamson’s time with Alex Keay’s side was limited. This was partly because of that broken jaw, but also his full-time sevens commitments that started in 2022.

Watching on from Vancouver, his university teammates were unable to make it a league and cup double after losing out to Exeter University in the BUCS Super Rugby final at Sixways Stadium. It left Adamson with his head in his hands thousands of miles away.

“It was gutting, even with not being involved with the matches this year,” he said. “Especially the fourth-year boys, knowing how much effort they put in. They have played so many minutes this season, so many games and all the away trips. It was gutting not to be able to see them do the double.

“On the flipside of that, it was an awesome experience for them. It was good to see them have one last run out together and got back-to-back leagues under our belt.

“At the end of the day, can’t be disappointed with it. The boys did so very well, and they threw everything and the kitchen sink at that game. Couldn’t ask for anything more.”

That same weekend in Canada spelt disappointment for England, who placed seventh overall as Argentina stunned Fiji at BC Place.

England are still very much at the beginning of their journey, though, having only come together as a squad at the start of the year. Nine of the 13 players selected for Malaga in January made their World Series debuts, their bronze medal finish a strong starting point for a new era for the men’s programme.

Your England side to compete at #London7s this weekend ??

For more information and to secure tickets, visit our website ?? https://t.co/xYziwcEl5V

Few names remain from before the programme’s reintroduction. Alex Davis took on the captain’s armband, whilst Charlton Kerr and Tom Emery returned after time in the 15-a-side game. Tom Bowen is still part of the squad, and in a similar vein to Adamson, Api Bavadra has also returned to the set-up.

Max Clementson and Will Homer are new to the programme, whilst the likes of Blake Boyland, Joe Browning and Hayden Hyde are on loan from Premiership teams.

A whirlwind few months has now led to the group making their return to London and a home tournament three years on from its last edition.

Even after this weekend, home comforts are something the players can look forward to with the 2022 Commonwealth Games in Birmingham quickly approaching. Two Rugby Europe events in Zagreb and Budapest are part of their preparation to medal in the Midlands, and then a Rugby World Cup Sevens in Cape Town awaits them in September.

“Everything is coming so thick and fast,” Adamson said. “I think we have come on leaps and bounds. We just appreciate the situation we are in and are just grateful for the opportunity that we have.

“At the same time, we’re very aware of where we are at and where the programme is at so we are just taking everything as it comes and taking every opportunity as a learning experience and trying to grow as a group of players.

“This weekend is massively exciting for us, having a home tournament and having friends and family see the boys run out at Twickenham. It is pretty special and a childhood dream for everyone.

“Then we have got a home Commonwealth Games to look forward to and then the World Cup. As far as sevens seasons go, it is a big year. That doesn’t come around often, and the lads are really excited.”