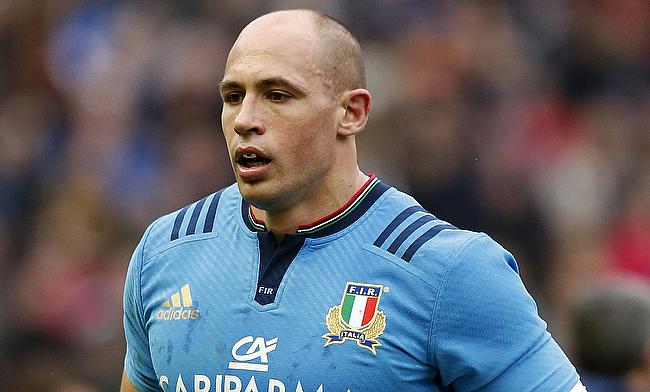 All eyes will be on Sergio Parisse
©PA

Italy head coach Conor O'Shea has named the matchday squad for the World Cup opening game against Namibia to be played in Osaka this weekend.

There have been nine changes in the line-up from the side that were blanked 37-0 by England in Newcastle earlier this month. The spotlight will be on skipper Sergio Parisse, who is set to become the third player in the history of the game to have featured in three World Cups after Samoa's Brian Lima and Italy's Mauro Bergamasco.

Sunday's game will also be his 141st Test levelling him with Brian O'Driscoll and now the 36-year-old will only be second with most Test appearance behind Richie McCaw, who had featured in 148 games.

Tommaso Allan takes the kicking responsibility and will form halfback partnership with Tito Tebaldi. Edoardo Padovani and Mattia Bellini are at wings and Jayden Hayward is positioned at fullback with Luca Morisi and Tommaso Benvenuti being the designated centres.