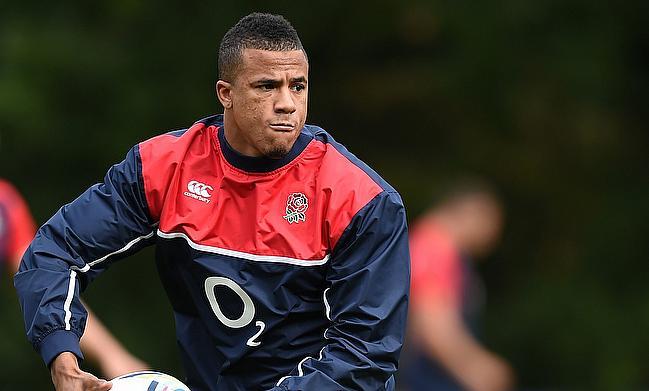 Andy Gomarsall: Youngs and Heinz give England options
McConnochie set for England debut against Italy
England back Jack Nowell to make it to World Cup despite appendix operation
Cokanasiga an exciting prospect for England - Bentley

The scoreline read a convincing 37-0 at full-time, but England made hard work of their final warm-up game against Italy before they head to the World Cup in Japan.

I will be surprised if many of the 50,157 crowd in Newcastle will raise a glass to England’s first half performance tonight, but the hosts were much improved after the interval which helped crank up the atmosphere at the iconic St James’ Park.

With the World Cup starting in two weeks time, it wasn’t a polished display by Eddie Jones’ men, but it was a game where they were rarely troubled.

In the opening 40, they did lack the spark the Newcastle crowd desired, but the disjointed nature of their performance was thankfully absent in the second-half.

Jones was not entirely impressed by what England produced in their final showing before Japan, describing their first-half performance as if they were 'still eating pasta and pizza in Treviso,‘ but his side were a lot hungrier after the break.

In the first period, the creativity often came through Jonny May as Farrell’s kicks repeatedly found the flying winger who was composed under the high ball, but poor handling on multiple occasions across the field let England down.

Mark Wilson, who produced an encourging peformance, also provided a break to get the crowd excited whilst a pass out the back door from Jamie George raised spirits, but it was Farrell’s three penalties which the spectators had to settle for before oranges.

In fact, the fly-half’s third attempt on the stroke of half-time was booed, but credit must be given to the way Italy performed with winger Tommaso Benvenuti going closest at the Gallowgate end.

Granted, this was not England’s full-strength side with just 16 days to go before their World Cup opener against Tonga, but rather than a rousing overall display, it felt more like a sluggish pre-season friendly in the first-half.

The standout moments came from the boys in blue as after a sustained period of pressure - following a blistering break from Seb Negri - Giulio Bisegni and Edoardo Padovani combined, but Benvenuti couldn’t provide the finishing touch with the line at his mercy to the dismay of Conor O’Shea.

His opposite number, Jones, didn’t have much to get out of his seat for but his face was a picture of concern when Joe Launchbury failed to shake off a back problem midway through the half. The England head coach also reveavled post match that Mako Vunipola and Jack Nowell will miss at least half of England's pool matches due to injury.

It was rusty and one-dimensional at best from England and after the break, a ripple of boos initially continued as Farrell opted to kick a fourth penalty and the St James’ faithful remained restless when the Saracens man sent his kick wide of the sticks.

However, it was Farrell’s vision to Marchant and the dynamic run of Kyle Sinckler which allowed man of the match Youngs to eventually snipe over from close range. This provided a catalyst which the spectators craved.

It was better from England, but immediately they were under pressure as Italy charged down the kick return and earnt a penalty.

Their decision was greeted by cheers from the crowd as they opted for the corner but they failed to punish their hosts once again and England fans were soon out of their seats celebrating another score.

Farrell had begun the game at 10, but slotted back into 12 as George Ford made his fourth consecutive appearance during the warm-ups, however back at centre, the versatile Farrell found Marchant who scooted over for his first England try.

This was an accomplised performance by the Harelquin who has not been selected in Jones' 31-man World Cup, but with injuries to Henry Slade and Jonathan Joseph, their may well be an extra seat on the plane to Japan for Marchant.

The grumblings at St James’ Park were replaced with a chorus of ‘Swing Low, Sweet Chariot’ and in the final 20 minutes, England looked in control and more assured as Italy’s wind had been knocked out of their preverbal sails. The Azzurri have now lost 20 of their last 27 matches and with New Zealand and South Africa to come in Japan, it could be a difficult couple of months for O'Shea and his side.

May then went close to adding to England’s tally as Farrell flung the ball out to the Leicester Tiger, but it went forward. Italy knocked-on from the resulting scrum to allow England to reassert some pressure and following a couple of penalties and a duo of kicks to the corner, the hosts rumbled over through the impressive Ellis Genge with 11 minutes to play.

England fly out to Japan for the World Cup on Sunday and their final wave goodbye came, fittingly, through Anthony Watson. The Bath back has recovered from a 13-month spell on the sidelines following a ligament injury to make the plane to Japan and he darted over after a flowing move.

A few questions may have been asked at half-time, but England head to the Land of the Rising Sun with a positive result under their belt and for Jones, that will be the most important aspect. After the game he admitted his side are "going in the right direction" and the next stop is now the showpiece event in Japan.