Italy make five changes ahead of clash with Ireland 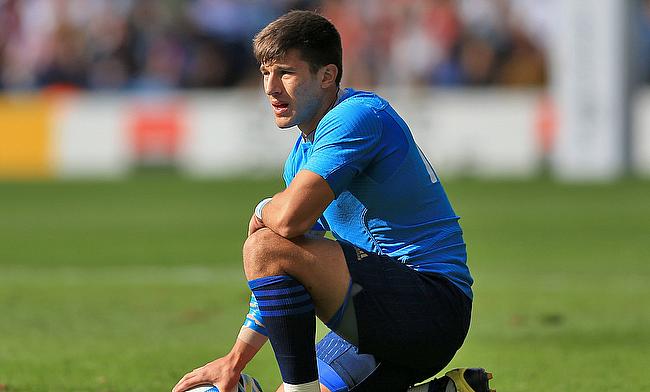 Tommaso Allan will continue to play at fly-half
©PA

Italy head coach Conor O'Shea has made five changes to the starting line-up for the third round of the Six Nations encounter against Ireland to be played in Rome on Sunday.

Leonardo Ghiraldini will lead the side in the absence of regular captain Sergio Parisse, who misses out due to a concussion while Braam Steyn moves from open side to number eight allowing a comeback for Maxime Mbanda.

The backline sees a solitary change with scrum-half Guglielmo Palazzani making way for Tito Tebaldi with the former named among the replacements.

Italy are currently languishing at the bottom of the Six Nations table after losing both their games and have lost 19 consecutive games in the Six Nations.