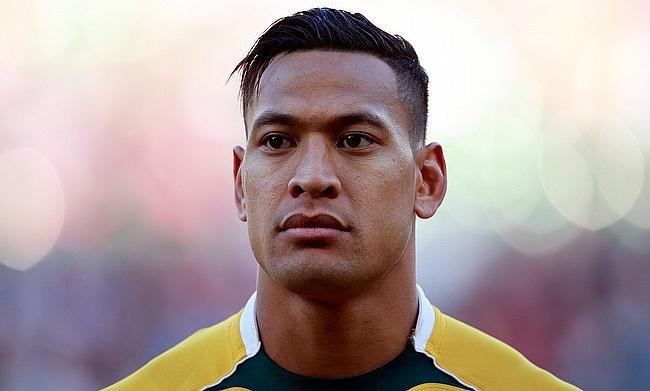 Former Wallabies star Israel Folau could be lining up against Australia as he is to represent Tonga in the 2023 Rugby World Cup.

Having represented the Wallabies in 73 games, including five appearances in the 2015 World Cup, the 32-year-old dual-code international went on to represent Japan's Shining Arcs in 2022 and is now is hoping to represent the country of his parent's birth as the new World Rugby Regulations allows players to switch teams if they are not selected in a national team for a minimum of three years.

However, with the World Rugby announcing a groundbreaking law change which will now allow players to represent a second nation provided they have "a close and credible link to that union via birth right." They must also have a three-year cool down period where they have not played international rugby for the first nation.

This means Folau, who has already expressed his interest to represent Tonga could be facing an Australia 'A' team this year during the Pacific Nations Cup while there also negotiations that the Pacific Nations side face the Wallabies Test side at Suncorp Stadium next year ahead of the Rugby World Cup in France.

"I mentioned that to him [Folau] and his eyes lit up at the chance of playing the Wallabies,' Tonga head coach Toutai Kefu told Fox Sports Australia.

"We’re still working through a few things, so it still might happen.

"It’s the 50-year anniversary of that match ... that happened at Ballymore and we would have loved to have had that game at Suncorp."