Is Damian Willemse the best young flyhalf South Africa has ever seen? 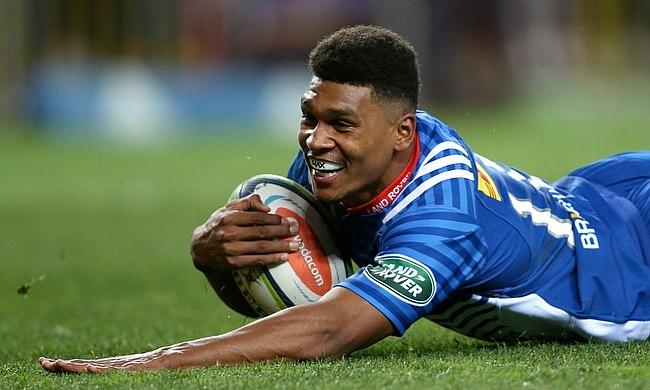 Damian Willemse is a remarkable talent who has thrilled in the opening rounds of Super Rugby.

It rarely happens that a young player looks so comfortable and excels in Super Rugby from the outset. With a mix of superb ball-handling skills, vision, and a good kicking game, Willemse is one of the best young talents going around in Super Rugby this year. As England start preparations for their three Test Match tour of South Africa, they will do well to keep an eye on 19-year-old prodigy Damian Willemse.

Ball Skills
Jake White said what he liked most about Willemse, was ‘that he’s quick’. I certainly disagree, and this says a lot about South Africa’s mentality over the last 5-10 years. Damian Willemse’s best attribute is certainly not his speed.  Willemse possesses a supreme set of all round ball-handling skills. Willemse traditionally takes the ball relatively flat to the line, and uses a slick left and right pass to hit his runners. Willemse also has a good offloading game that should see him develop in to of one of South Africa’s best ever.
Quade Cooper Tweeted, “Damian Willemse my new fav player” “kid can ball”.

Decision-making
Willemse’s greatest strength is that he seems to have so much time. He takes the ball to the line and attracts defenders. He also then has the ability to shift the ball or beat players with a wicked step. He is certainly no ‘shoveler’, straightens the attack masterfully and forces defenses to hold and pay close attention.  With a player as gifted as Willemse, it is essential that the support players give him options.

Defense
Willemse has been defending in the flyhalf channel for the Stormers and has certainly held up well. He is more than prepared to bring down the battering rams in channel one, but I would suggest that he be moved away from the contact zone as much as possible. You certainly do not want your most skillful players making 10-15 tackles per game.

Kicking
Finally, Willemse has a strong kicking game, both out of hand and at goal. He will certainly develop these skills further, should he get the requisite coaching and mentorship. You would have to imagine that Willemse will be kicking more conversions if he is managed correctly.

If You’re Good Enough, You’re Old Enough
There have been suggestions that Willemse might play at fullback with Elton Janjties, Patrick Lambie or Handre Pollard being given the flyhalf birth. Willemse is the type of player that you want as near to the ball as possible. Willemse must be selected as a long-term flyhalf option.
Willemse will play 100 Test Matches for the Springboks if he is managed correctly by the South African Rugby Union.

•    South African coaches need to give players like Willemse freedom to go out and put on a show. These players just need to be told to play what’s in front of them.
•    With a player as gifted as Willemse, it is essential that the support players give him options.
•    Although Willemse has shown very sound defensive skills, it may be an idea to utilize him at fullback for kicks and on defense, especially as he has excellent aerial skills.
•    Willemse needs the ball, he is the type of player that creates something out of nothing. He must be a regular first receiver.

Damian Willemse is a real gem, and will play 100 Test Matches for the Springboks if he is managed correctly by the South African Rugby Union. England will do well to take note of Damian Willemse. He may just be the difference between the two sides, if England are unable to win in South Africa.