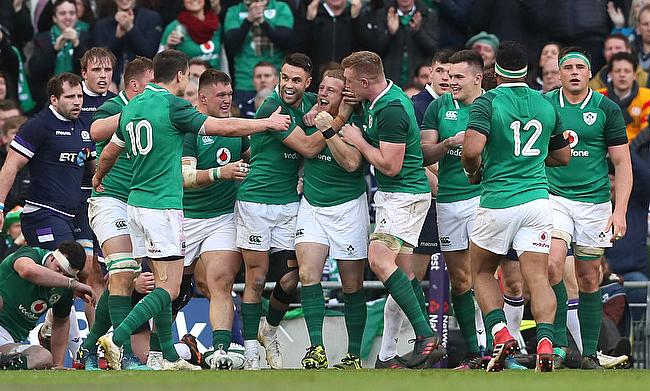 Ireland are positioned third in the Six Nations table
©PA

The Irish Rugby Football Union has announced that the upcoming Six Nations fixture between Ireland and Italy to be played in Dublin on 7th March has been postponed following concerns of coronavirus.

The decision came after the officials of the IRFU had a meeting with Irish Health Minister Simon Harris, who announced on Tuesday that the game should be postponed.

China has reported 77,658 cases and 2,663 deaths since the outbreak of the virus while a number of games spread across different sports in Italy were postponed last week. Also the women's Six Nations and U20 Six Nations fixtures between the two sides are also postponed.

“The IRFU had a positive meeting with Minister Harris and his advisors today, where we requested a formal instruction as to the staging of the Ireland v Italy international matches over the weekend of 6/8 March," read a statement from IRFU.

“At the outset we made it clear that the IRFU was supportive of the government’s need to protect public health in relation to the coronavirus.

“We were then advised, formally, that The National Public Health Emergency team has determined that the series of matches should not proceed, in the interests of Public Health.

“The IRFU is happy to comply with this instruction.”