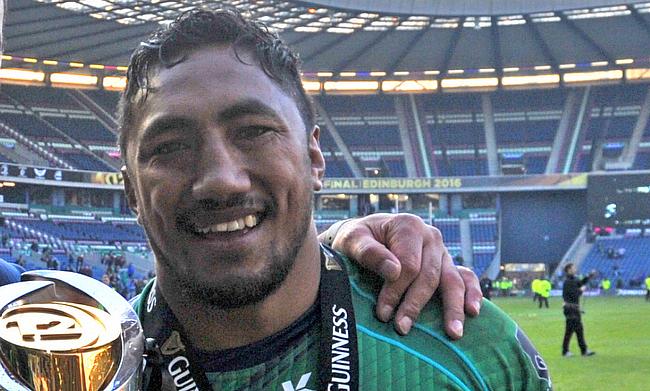 Match Centre: Ireland 32-18 England
Johnny Sexton: Ireland will need their ‘best performance of the season’ to get past England
CJ Stander moves to blindside for Ireland against England

Ireland centre Bundee Aki has been suspended for four weeks following his red-card incident in the final round of the Six Nations clash against England in Dublin.

The 30-year-old was sent-off the field in the 34th minute for a high tackle on Saracens number eight Billy Vunipola, who was forced off the field. In the process, Aki also became the first Ireland player ever to receive two red cards at the international level after he was sent-off during the 2019 World Cup game against Samoa resulting in a three-week ban.

Aki faced an independent disciplinary meeting through Zoom on Tuesday and the panel deemed that his actions were 'reckless rather than deliberate'. As a result, he was initially handed a six-week ban that was reduced by two weeks taking into account the mitigating factors.

Aki will now miss the next four games for Connacht including the round-of-16 clash in the European Challenge Cup against Leicester Tigers.

"The Disciplinary Committee accepted Mr Aki's explanation of the incident and that his intention had been to perform a legitimate tackle," read a statement from Six Nations.

"The entry point was six weeks. The Disciplinary Committee identified no aggravating features.

"In terms of mitigation, the Disciplinary Committee gave credit for Mr Aki's prompt acceptance that his actions had constituted foul play and been worthy of a red card, his attitude to the disciplinary process before and during the hearing, and his clear remorse and concern for the welfare of Mr Vunipola.

"However, Mr Aki's previous disciplinary record meant that the Disciplinary Committee did not allow the maximum 50% possible discount. The entry point sanction was accordingly reduced by two weeks so that the final period of suspension is four weeks."