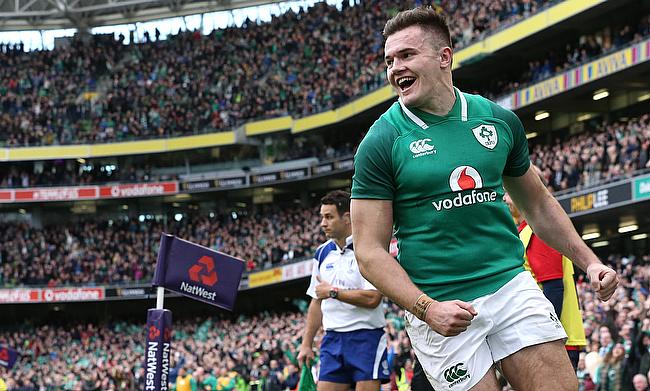 Ireland have received a much-needed boost ahead of the final two Six Nations round with Jacob Stockdale returning to the squad.

The 24-year-old missed the opening three rounds due to a knee injury but now has recovered and was seen in action playing for his club Ulster during the Pro14 game against Ospreys last month.

Stockdale has played 33 Tests for Ireland since his debut in 2017 and has scored 18 tries in it. In 2018 he was named Six Nations Player of the Championship helping Ireland to a Grand Slam.

“Ulster’s Jacob Stockdale returns to the squad having missed the opening three rounds through injury while Shane Daly will remain at Munster,” read a statement from the Irish Rugby Football Union.

“The 36-man squad will travel to Edinburgh on Friday ahead of playing Scotland on Sunday at BT Murrayfield.

“Josh van der Flier will go through the graduated return-to-play protocols this week in Ireland camp while there were no significant injury concerns from the other 12 players who featured in the Guinness PRO14 fixtures over the weekend.”

Ireland are at third place in the Six Nations table after managing a solitary win from three games and will next face Scotland in the fourth round at Murrayfield Stadium on 14th March.