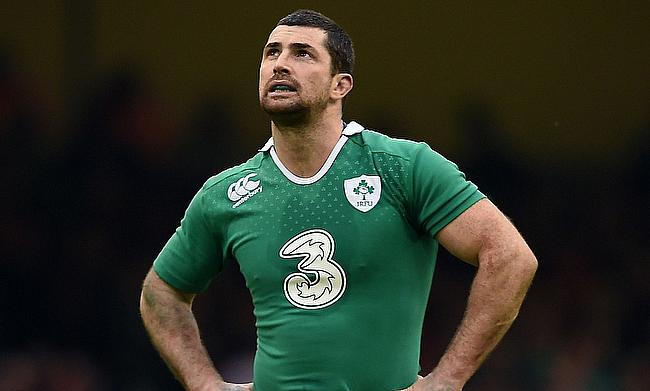 Kearney, who has played 95 Tests for Ireland and another three for the British and Irish Lions was the preferred fullback under previous coach Joe Schmidt but now misses out on the selection along with Jack Carty, Sean Cronin and Jordi Murphy while Johnny Sexton has been included despite having injury concerns.

The squad will participate in 24-hour mid-season stocktake at IRFU's High-Performance Centre also features a number of uncapped players including Jamison Gibson-Park, Billy Burns, Tom O'Toole. Burns qualifies to play for Ireland through paternal grandparent and has been part of Ulster since 2018.

The squad sees 19 players from Leinster along with 12 from Munster and nine from Ulster with Connacht players forming the rest.

“The national coaches have been around the provinces watching games and having good conversations with players and the provincial coaches," said Farrell.

“We have limited opportunities across the busy provincial season to bring a broad group like this together but this 24 hour window will allow us to plant a few seeds. It will also give the coaches a better insight into a few players who been performing consistently well for their provinces.

“The next six weeks is the window for players to put their hands up for selection for our first squad which will be named in late January ahead of the Six Nations.”