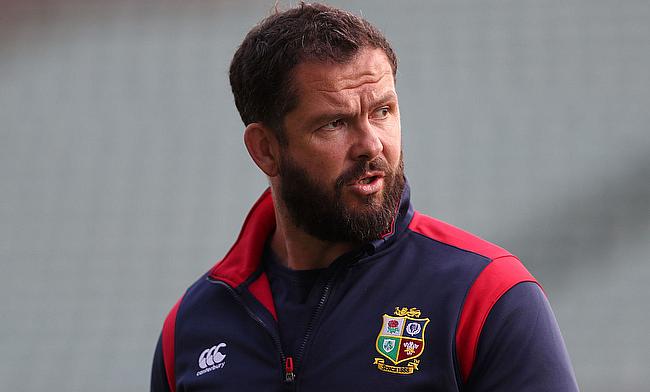 Ireland head coach Andy Farrell is reported to join the coaching panel of British and Irish Lions for their upcoming tour of South Africa.

The former England international earlier ruled himself out of the Lions series to give preference to Ireland's summer Test series but with their tour of Fiji cancelled due to the Covid restrictions, there is a possibility of the 46-year-old joining the backroom staff under Warren Gatland.

Ireland are set to face Japan and the USA in the July series at home on 3rd and 10th July respectively which will provide Farrell an opportunity to link up with the Lions ahead of the Cape Town leg of the tour which begins on 14th July with a clash against South Africa ‘A’.

If Farrell decides to join the Lions backroom staff, it will be the third consecutive time he will be involving with the side after being part of the 2013 and 2017 tours of Australia and New Zealand respectively which also had Gatland as head coach.

Earlier, Gatland opened up on the possibility of Farrell joining the coaching group at a later date.

"Whoever it is, do we feel like we need someone else to come in, is it at the start of the tour, during the tour, before the Test matches take place?

"I haven’t been specific about a role but it’s something I want to have the possibility of being able to do if we feel there’s a need for it.”

The opening Test between the Lions and South Africa will take place on 24th July in Cape Town with the remaining two games scheduled to be played on 31st July and 7th August in Johannesburg.