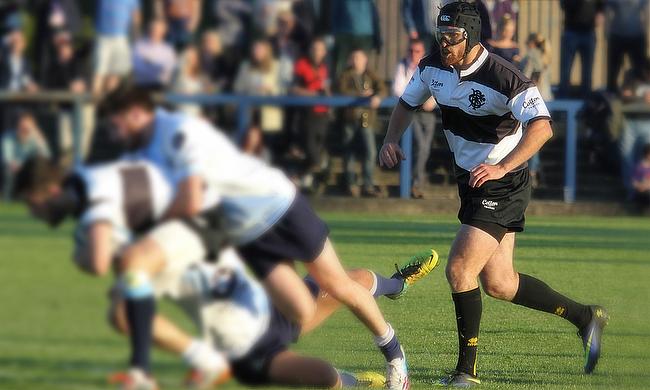 Iam McKinley in action for the Barbarians
©Barbarian

A few years ago Ian McKinley was playing junior rugby for Ireland, tipped to be a rival to Jonny Sexton’s fly-half throne by some and was on the verge of having a successful career.

Within a moment in 2010 he was left partially blind in the left eye as a stray stud from a team mate damaged his eye. Despite returning to play for Leinster and St Marys six months later he was later forced to retire in 2011. How did he manage to return now? For three years what was he doing? Benedict Chanakira has a chat with the Viadana player who was also signed up with Zebre. Signed as a World Cup cover, he was privileged to make a second debut in Pro 12 with Zebre. Ian McKinley shares his story of perseverance, courage and passion for the game of rugby.

You had a brief return six months after your injury, what happened that resulted in your retirement?

In Joe Schmidt’s first year at Leinster, I found myself back playing and it was preseason, playing a few games and in 2011 after the Heineken Cup final and when playing at the club it was a bit blurry on my left eye and I came off. I had a cataract (clouding of the lens in the eye leading in my eye which leads to vision decreasing.) which required two further operations. Later on I lost complete vision in the eye as the damage was beyond repair after gimmers of hope.

You had been side lined for 3 years what where you doing during this time?

I was in Dublin for a year finding work and I found a coaching role. I got a job in Italy to be a sporting director in Udine, at Leonorso rugby club for two years. In that second year I found myself working with World Rugby with my brother. Our project was to help players that are battling with vision in any way (eye problem, partially blind, etc.). In March 2014, I started playing in the goggles.

Did you keep fit during this period? Play rugby?

No, not at all. I kept fit in gym, played Gaelic football and managed to do a triathlon for charity as well. I played the football (Gaelic) for a year to keep skills and fitness up which offers less contact but still physical.

How do the goggles help when playing?

They are just for protection. The six month return was also the same period I had to deal with two eye-gouging incidences in my good eye in club games and I swore never to return to a playing field without protection. I mean rugby is important, but it’s not my whole life. There is life after rugby. The material is poly carbonate and its safe enough protection for my eyes and will not injure anyone in any way. It will withstand boots, studs or fists to mention a few.

What are your chances of playing in the Pro 12 again?

I am happy at Viadana in the Italian Super 10 and my commitment is with them. I have had an amazing few months and it’s been quite surreal in a fantastic way. Anything can happen in rugby and we will see what the future holds.

Twenty-four rugby unions internationally are participating in the trial, including seven of the top 10 ranked nations in the world, but the Irish, English and French unions have declined to participate. What is their reasoning?

Reasoning is around insurance and more so safety for the player and his opponents. I respect the safety concern but rugby is such a tough and physical game. Children have been using the goggles in different countries and I have played 25 top class games (for Barbarians, Viadana, Zebre) and all have resulted in zero injuries worldwide. Their excuse for me? Ridiculous.

Finally, who is Ian McKinley?

That is a difficult question. I am a rugby player, who just want to provide some positive outlook for rugby after it has been receiving some bad press due to injuries, concussion and many more issues. I want to provide hope that rugby has positivity especially to parents that you can get injured and get bad luck with injuries and still be able to bounce back. To be able to realise that there are other avenues to play this tough game. I want to be someone who fights for the smaller guy in a sense. You can play at the highest level even when lacking in certain departments. Proving people wrong!

Wish you all the best for the rest of the season. Hoping you will be able to play in Ireland soon.

Northampton come from behind to beat Benetton Treviso 32-35

Sebastian Negri Column: The word I would use is surreal. I am living a dream