How do Scotland get the better of Ireland at Murrayfield? 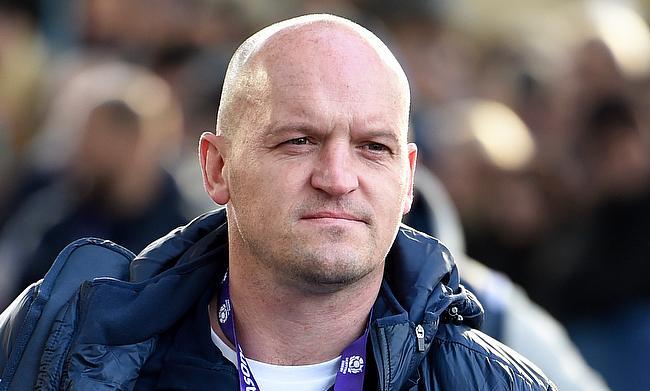 The excitement is cranking up in Edinburgh and further afield as everyone prepares for the Scotland v Ireland Guinness Six Nations match on Saturday.

Two years ago, Scotland won the corresponding fixture 27-22 at BT Murrayfield and last year the Irish took revenge with a 28-8 triumph in Dublin.

With the teams also set to meet in the pool stages of the World Cup later in the year in Japan, supporters from both sides are eagerly anticipating how this one will pan out and check out the odds here 888sports.

So, what could be some of the key points if Scotland are to record their eighth home Six Nations win on the spin and remain unbeaten in the tournament after two rounds?

Simon Bergan has to come to the party

The win over England and then the loss to Ireland last year in the tournament kind of summed up Bergan as a player. On his day, the 28-year-old tighthead prop can be superb and really anchor the scrum for Scotland.

?? Berghan and Strauss replace injured Nel and Skinner, Gray & Maitland return from injury for Toolis and Kinghorn who move to the bench.

But on other days, like in Dublin when he was taken off after 55 minutes, his concentration seems to dip and it has been something Edinburgh Rugby head coach Richard Cockerill has mentioned about the New Zealand-born player.

With WP Nel and Zander Fagerson injured, the uncapped D’Arcy Rae is on the bench as back-up, so Berghan knows he needs a good day against a strong Irish front-row.

It shows the fickle nature of sport that some people have been doubting the second-row’s talents of late.

If you look at his stats for both Glasgow Warriors and Scotland, they are up there with the best and whenever he is on the field both sides play better.

He missed the Italy match due to injury, but is back now in the ‘boiler house’ alongside Grant Gilchrist and they will look to put pressure on the Irish lineout.

Not 25 until next month, he is edging towards 50 caps for Scotland and in the last couple of years his work rate in the loose has continued to improve.

A big day for Josh Strauss

Even with injuries, the Ireland back-row looks very strong while the Scotland one is a work in progress. Missing the likes of John Barclay and Hamish Watson, Ryan Wilson and Jamie Ritchie really stepped up well in that area last week.

Josh Strauss also came off the bench early for the injured Sam Skinner and the South African-born player has been handed the No.8 shirt for this one.

The 32-year-old had some good carries against Italy, but in general, the Sale Sharks man has been inconsistent in a Scotland shirt in his 18 caps to date.

A lot will depend on how the forwards in front of him do, but when he gets ball, he must use it wisely while, with the way Ireland play, you can expect him to have to make a fair few tackles in defence.

Sam Johnson had an accomplished debut against Italy last time out while Huw Jones had a great start to life with Scotland, but the latter has struggled of late with Glasgow and was quiet last week.

Ireland will be targeting Jones’ outside to make yards and, in this match, it will be key that Johnson and him communicate well.

That is one of Pete Horne’s strengths when he plays at 12 for Scotland and Johnson will look to do the same.

On the flip side, in attack if they can get going, they both have tries in them and Jones will be keen to make amends for the almost certain try he made a mess of in Dublin in 2018.

Sean Maitland is an experienced campaigner for Scotland and was on fire in November, but head coach Gregor Townsend must have agonised over the selection to bring him straight back in on the wing after injury for hat-trick hero Blair Kinghorn.

For what it is worth - probably very little - I believe it is the correct call for a game of this type. Ireland will attack with a lot more width and ambition than Italy did and will also fire in some high balls.

The back three of Maitland, fellow winger Tommy Seymour and full-back Stuart Hogg have been there, seen it and done it together and there is then the added bonus of having the opportunity of bringing Kinghorn on in the second half depending on the match situation.

I don’t know about you, but I can’t wait for this one, it is going to be a cracking contest...