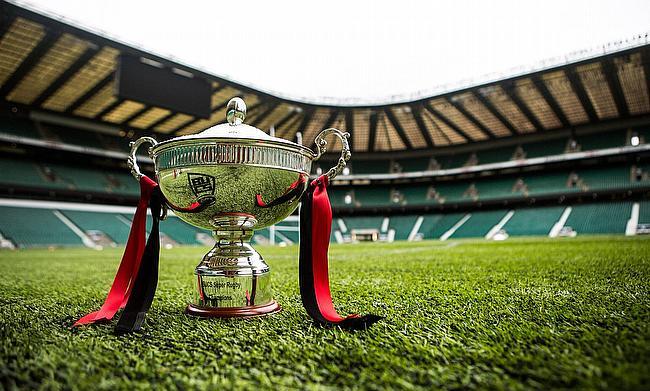 University of South Wales aiming to use 'challenging' league to their benefit
It's helped me develop as more of a team player - Farnworth
Wins for Northumbria and Cardiff Met increase pressure at the top
Cardiff Met can't look too far ahead, says Northmore

Hartpury University and the University of Exeter find themselves in familiar surroundings at the top of BUCS Super Rugby following another enthralling round of action.

BUCS Super Rugby Championship holders Hartpury cruised to a victory over Durham University while Exeter came away from Northumbria University with a hard-fought win.

Elsewhere, Cardiff Met triumphed over the University of Bath thanks to a late penalty while Loughborough University edged past Leeds Beckett University and Nottingham Trent University defeated Cardiff University at Lady Bay.

Below is a BUCS Super Rugby round-up as well as a university rugby review from some of our featured leagues.

Hartpury University secured a bonus-point win as they beat Durham University to move into top spot in BUCS Super Rugby. The current champions scored five tries against Durham and now Hartpury are level on points with Exeter at the summit of the division.

Sean Lynn’s side have won four games on the bounce whilst back to back defeats for Durham has seen them drop to sixth place in the table.

The University of Exeter are level on points with league leaders Hartpury as they held off a fightback from Northumbria University at Kingston Park.

Despite travel problems for Exeter, the domestic champions bossed the majority of the first half thanks to tries from Josh Pieterse (2) and Paul Schroter.

However, George Williams’ effort and a superb score from Josh Hodge reduced the deficit to 21-14 at half-time.

Hodge’s penalty closed the gap after the interval, but a penalty try for Exeter gave them some daylight once again.

Northumbria’s Yaree Fantini was yellow carded in the lead up to Exeter’s bonus-point score and the hosts also had Ed Bloodworth in the bin, but Darren Fearn’s men did well not to concede points in their absence.

Instead, the home side brought themselves back into the game once again as James Elliot darted over following a brilliant move, but a late penalty from Sam Morley wrapped up the win for Exeter and inflicted a first home defeat on Northumbria.

University of Exeter Head Coach Keith Fleming: "The opening 20 minutes was very good. They put in a real shift.

"There were a couple of times where it showed you cannot switch off in this league. Northumbria are such a dangerous side. They scored two quick tries and a 21-point game became a seven-point game. Lack of concentration in key moments changed the momentum of the game. We spoke about it at half-time, refocused on it and we came out stronger.

"[Being top of the league] doesn't mean too much at this time of the year. We have to push on really hard and I have said to the boys we have now made a step forward, but there is still an awful lot of work to do."

Cardiff Met made it three wins in a row as Harry Johnston’s late penalty secured a victory over the University of Bath at Infield.

The visitors led Bath 18-14 at half-time, with Scott Harvey and Tom Benjamin crossing for Danny Milton’s side.

As our #Hero, Danny Milton said ‘We’re Archers who look after each other!’ As the celebration explodes pitch side!!! #ArcherArmy pic.twitter.com/jk3ZgW3kJg

The game was actually locked at 26-26 as Jack Kenningham, Chris Barry, Alex Nisbett and Tom Doughty kept Bath in with a shout of clinching their fifth straight win, but Johnston’s late kick snatched the victory for Met who are now one point off the leaders.

Head of Rugby Aaron James told Team Bath’s website: “We’re disappointed. I’m pleased with the boys’ ambition but we made too many mistakes at lineouts and the breakdown. The guys are all quite aware of that and we just need to address that.”

Captain Tom Doughty: “Fair play to Cardiff Met, they stuck with it to the end. We didn’t perform to probably 85 per cent of what we can do and we have only fallen three points short, so I’m proud of the boys for the effort but we need to perform better than that if we want to push on.”

Loughborough University’s Sam Roberts scored a late try to give his side a dramatic comeback win over Leeds Beckett, who had Tom Williams sent-off.

The visitors went 26-14 ahead after two tries from John Okafor as well as scores via Charlie Venables and Jonny Teague.

But a hat-trick of tries from Harrison King and a score from Sam Ripper-Smith made the game level before Beckett were reduced to 13-men.

Tom Williams was dismissed for a stamp and teammate Hayden Thompson-Green was shown a yellow card soon after, but the away side were able to nudge themselves in front as Connor Lloyd slotted over a penalty.

However, Loughborough were able to clinch the victory as Roberts darted over to secure his side’s second win of the campaign.

Loughborough Coach Nathan Smith: It was a classic BSR [BUCS Super Rugby] game where it was fast and furious. There were loads of mistakes by both teams which leads to loads of chances to score. It was a good game for the neutral, but for coaches, it was a little bit tough!

“The attrition Leeds Beckett brought in the first half was really good. I don’t think we matched it. I thought they were the better side in the first half and we had to have a look at ourselves at half-time to find some intent in the tackle which we did. I thought we came out and had a reaction in the second-half so that was good to see.

Man of the Match Harrison King: “It was incredible! The crowd that came down was absolutely amazing. It was intense the whole way through so we’re just happy to get the result. All the boys put it in. We all stuck in together and worked as a team.”

Nottingham Trent University ended a run of back to back defeats by clinching a solid victory over Cardiff Met thanks to a hat-trick of tries from David Williams.

Three first-half efforts, including scores from Williams and Harry Graham, put Trent 19-12 up at half-time, while Cardiff responded with two tries of their own.

However, the hosts took control of the game after the restart as Williams wrapped up his hat-trick with Cardiff only able to muster up one more score in the Midlands.

Newcastle University made it seven wins on the spin as they edged out second placed Durham 2nds 20-15 away from home. Newcastle are now 12 points clear at the summit of North A, even at this early stage in the season.

Hartpury 2nds made it seven wins on the trot in South A and are now nine points clear of Bath 2nds after defeating USW 43-19. The aforementioned Bath 2nds lost 21-14 against Cardiff Met 2nds so the West Country outfit have had their title bid dented.

Another Wednesday, another 3 wins! 3 big cup fixtures next week!

The University of Aberdeen made it six wins from six and did so in style as they hammered their 2nd XV 80-0. The University of St Andrews are now 12 points off top spot after suffering a surprise 30-21 defeat at home to the University of Dundee, who clinched their second win of the term. Meanwhile, Heriot-Watt University defeated Edinburgh 2nds 22-0.

The University of Liverpool are now two points behind leaders Manchester Met following a 41-10 win over Newcastle 2nds while the table toppers were handed a walkover bonus-point victory against the University of Hull. Elsewhere, Durham 4ths edged past Newcastle 3rds 12-11.

Keele University are still yet to put a foot wrong in Northern 2A after a fifth win in a row. They defeated Manchester 2nds 38-20 while in the only other fixture, Liverpool 2nds claimed their second win of the term after beating bottom of the table UCLAN 38-14.

That result means Northumbria are now the only team in the league unbeaten! And a nice 5??point victory! #iamnorthumbria#TakeOnTomorrow #BUCSWednesday

Northumbria 2nds are now 10 points clear at the summit of Northern 2B after beating the University of York 24-0. Second placed York now have Leeds 2nds breathing down their necks as they defeated city rivals Leeds Beckett 3rds 40-26. There wasn’t better much news for Beckett’s 4ths as they lost 18-16 against Sheffield 2nds.

Northern 3A leaders Liverpool John Moores University were made to work hard for their fifth successive win of the season, but they managed to stay unbeaten as they claimed a 25-16 win away at Bangor University. The University of Chester remain in sight of the table toppers after a 25-13 win over Manchester Met 3rds while Liverpool 3rds also triumphed as they defeated Edge Hill University 17-16.

In Northern 3B, York St John University suffered their first loss of the season as they were beaten 31-14 by the University of Huddersfield. Meanwhile, Leeds 3rds and Newcastle 4ths were both awarded walkover results against Sheffield Hallam 2nds and York 2nds, respectively.

Loughborough 3rds have moved to the top of Midlands 1A after they inflicted a 20-7 defeat on the University of Warwick while the University of Leicester failed to stay at the summit following a 19-15 loss to Oxford Brookes University. Also, in this division, Harper Adams University beat Nottingham Trent 2nds 32-22.

The University of East Angelia are still yet to taste defeat after winning their fourth match in a row in Midlands 2A. The league leaders beat Nottingham 3rds 29-10 to move two points clear at the summit. Elsewhere, Coventry University lost 31-19 at home to Nottingham Trent 3rds while Birmingham 3rds clinched a narrow 24-22 win against Warwick 2nds.