Great Britain begin on a high while Canada keep their cool 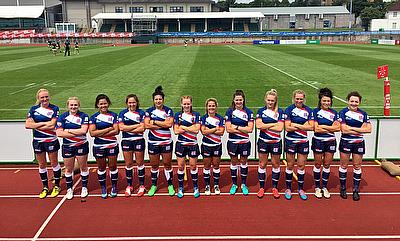 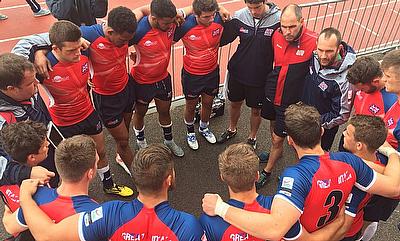 Great Britain got their tournament off to an impressive start as they ran in a whole host of tries in their opening 59-0 victory over the Czech Republic. They followed that up with a 35-10 win against Italy which gives the hosts the perfect start to the championships.

Team GB currently hold the title, but they didn’t look like they were feeling any pressure at all and now they head into day two in great shape.

Great Britain Captain Sam Pointon: “We couldn’t have asked for anything better today. Obviously in the games there is stuff to still improve on, but we can’t complain with the results. We are still keeping focused on taking one game at a time.”

“We have put a few tries past the teams we have played, but we also haven’t conceded many either which is a positive. Now, we just have to focus on the challenge in front of us and that starts with Australia tomorrow morning.

“If we were to get the win tomorrow, it would be a pretty big statement. Australia have also picked up two wins and our focus now is to top that group. It will be a challenge, but we are looking forward to a good game against them.”

Challenging Great Britain for the crown are likely to be France and the aforementioned Australia who were in fine form throughout day one. Thomas Merritt impressed for the Wallabies as they secured victory against the Czech Republic while in their second game, they comfortably beat a much fancied Namibia side that had breezed past Italy earlier in the day.

Elsewhere in Pool A, Italy beat the Czech Republic 26-5 in the 20th and final game of the day.

As for France, who are in Pool B, Matthew Ford scored two tries in Les Bleus’ glorious opening win over Malaysia while they dispatched Spain 27-7 in their final game of the afternoon.

Despite defeat to France, the ever improving rugby nation of Spain continued that trend at university level with a 14-10 victory over rivals Argentina in their opener leaving them in a good position heading into their fixture with Malaysia tomorrow morning.

Great Britain started this year’s World Championships with back to back wins over Italy (12-0) and New Zealand (27-7) respectively with Robyn Wilkins, Hannah Jones and Kelly Smith being the standouts in a team full of talent.  In a group which also contains 2014 finalists France, this was the perfect start for GB who are in a great position heading into tomorrow.

Coach Nick Wakley: “You have to be happy with conceding just one try in two games. The first game of a sevens tournament is always quite difficult especially because we are in the unknown in terms of what kind of player’s countries have brought.

“Italy were an unknown quantity this morning and we were quite scrappy, but the second performance we put in against New Zealand was excellent. The girls were really in the mood and had that clinical edge. All the nerves from that first game disappeared and it’s fantastic to finish today on that win because the girls are now full of confidence.

“We have a great camp. They have brought into everything myself and the other coaches have told them and now we look to tomorrow when we face Japan and France. The French are looking pretty ominous at the minute, but it is a fantastic opportunity for these girls to really stake their claim against girls that have been comfortable on the IRB circuit.

“We are not seeing past Japan of course because they looked good in their win over Italy, but I think we have to win just one of those games to finish top two and we’ll be targeting that.”

France also head into tomorrow with two wins from two after beating Japan 19-14 and thrashing New Zealand 26-0. The All Blacks then fell to their third defeat of the competition as they were beaten 14-7 by Italy in the final game of the day in the women’s tournament.

Over in Pool B, holders Canada edged past Portugal 14-12 in their opening game of the championships. Portugal’s Maria Heitor scored a try in the final minute of the second half, but they failed to add the conversion which would have levelled the scores. If that game wasn’t routine for the reigning champions, Canada’s 17-5 win over Spain was a lot more comfortable as their attacking prowess was too strong for the Spanish.

That result was Spain’s second defeat of the day after an early 15-7 loss to China. China then went on to gain an excellent 10-0 win over Australia to head into Friday oozing with confidence while the Wallabies remain winless after drawing with Portugal in their final match on day one of the championships.

As the teams head back to their bases in Swansea, the opening day of the World University Rugby Championships did not disappoint with day two set to be crucial as teams begin focusing on the finals.

Hoping to defend their title in the Men’s competition will be Great Britain who meet Australia tomorrow while Argentina await France and Spain aim for a top two spot.

In the Women’s tournament, Great Britain will be looking to top the group after a solid opening day but have France standing in their way on Friday. Holders Canada play Australia and go head to head with an impressive looking China outfit.