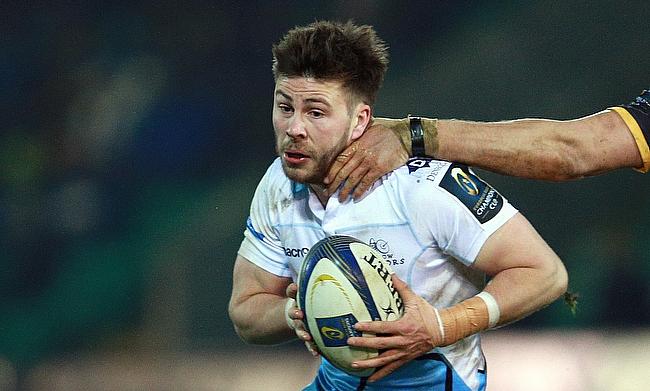 Glasgow Warriors managed to open their account in the ongoing Heineken Champions Cup after defeating Cardiff Blues 12-29 at Cardiff Arms Park on Sunday.

The win has taken the Warriors to second place in Pool 3 behind Saracens while Cardiff Blues are at third place.

Surprisingly both teams had a similar shade of blue jersey with referees and commentators having a tough time to spot the players and Wales international Gareth Anscombe said he has never come across such a thing in his career.

"I have never come across that in my eight years of playing rugby," said Wales international Anscombe, 27.

"Who is making those decisions? It's a joke."

Most difficult game I’ve ever had to commentate on! What was with those kits? No idea who was who ??

A good start from @GlasgowWarriors at Arms Park - can they keep it up?

Matt Fagerson set the tone for the opening try from Adam Hastings in the second minute. The fly-half missed out on the conversion but ensured he scored in the second try that came through DTH van der Merwe in the fourth minute as Glasgow raced to a 0-13 lead.

As the Blues were unable to score a point in the first half, Hastings with his first penalty in the 26th minute ensured the teams went into the break with a 0-16 lead.

The visitors further extended their momentum into the second half with this time Ali Price going over the line in the 43rd minute and a conversion from Hastings saw Glasgow score 23 unanswered points.

Winger Aled Summerhill broke the drought for the Blues with a 44th minute unconverted try but Glasgow went on to claim the bonus point when Jonny Gray dotted down in the 68th minute.

Summerhill did manage to score his second in the 78th minute and was one of the few positives for the Blues this game but Glasgow went on to complete a convincing 12-29 win to open their account in the tournament.

Adam Hastings is on fire ??

The break ??
The sublime grubber ??

From a scrum on their own five, @GlasgowWarriors score one of the tries of the weekend! pic.twitter.com/nLIdIWOyRC