Munster move to top with 36-22 win over Gloucester 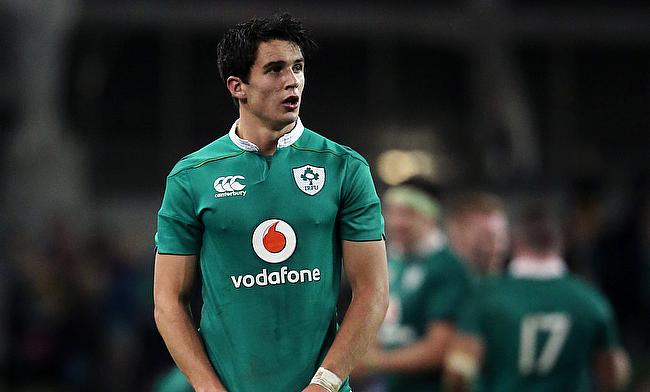 Danny Cipriani's red-card proved costly for Gloucester Rugby as they were defeated 36-22 by Munster in their European Champions Cup encounter at Thomond Park on Saturday.

This is Munster's first win of the competition as they earlier drew the game against Exeter in the previous round as they claim the top place in Pool 2 with Gloucester positioned third.

After the first 15 minutes went without a point, Gloucester suffered a setback when Tom Savage was sin-binned and Munster capitalised on the numerical advantage with Mike Haley crossing over in the 21st minute for an unconverted try.

Cipriani reduced the arrears with a penalty goal in the 25th minute but was red-carded four minutes later following a high tackle on Munster centre Rory Scannell.

Joey Carberry with his 30th minute penalty goal increased the home side's lead to five points which became 12 five minutes later with Rhys Marshall dotting down and the fly-half adding the extras. The teams headed into the break with Munster having a 15-3 lead.

Munster run in try number four and it's beautiful!

What an off-load from Joey Carbery ?? pic.twitter.com/Af8l7TWQvZ

The Irish regional side had a terrific start to the second half with Carberry dotting down and converting his own try in the 51st minute to make it 22-3 and soon Sam Arnold went over the line in the 56th minute as they stretched the lead to 26 points.

Gloucester did not go down without a fight as they showed terrific display in the final quarter that began with Gerbrandt Grobler strolling over the line in the 63rd minute followed by Billy Twelvetrees' conversion. Though Munster had their fifth try in the game with this time Andrew Conway finding his name in the scoring sheet.

A Jason Woodward try in the 69th minute meant Gloucester entered the final 10 minutes after being 36-15 down but a poor final minutes for Munster saw Sam Arnold and Stephen Archer sin-binned for a deliberate knock-on and a high tackle respectively that helped Ben Morgan touching down.

However, the damage for Gloucester was already done in the first hour of the game as Munster completed a 36-22 victory.

A captivating match at Thomond Park, but it was @Munsterrugby who held strong against a battling @gloucesterrugby ??