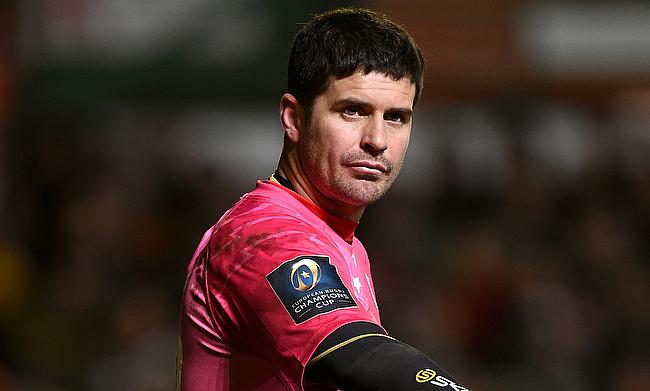 Despite being down to 14 men for over forty minutes against Munster, Stade Francais all but secured their place in the Champions Cup quarter-finals with a comprehensive 27-7 victory in Paris.

Winger Josaia Raisuqe was sent off by World Cup Final referee Nigel Owens on the stroke of half-time for gauging Munster captain CJ Stander as the pair wrestled for the ball.

Yet despite playing the entire second half with just 14 men, it was the hosts who ran out comfortable winners at Stade Jean Bouin.

And such was the home side's dominance that only a try by Conor Murray five minutes from time prevented Munster suffering their first shut-out in 21 years of European rugby.

Paul Williams, Sekou Macalou and Hugo Bonneval all crossed as Stade halved Leicester Tigers' lead at the top of Pool 4 to four points.

Anthony Foley's side are now out of the Champions Cup baring a miracle turn of results after suffering three pool defeats in a row for the first time in their European history.

Munster were dealt a series of early blows with the loss of two players in the opening eight minutes and a third before half-time.

BJ Botha, their tight-head prop, failed to recover after he was injured in a tackle in the opening minute. Full-back Andrew Conway then followed his teammate to the treatment table moments later after he came off worse from a collision with Stade's talismanic skipper Sergio Parisse.

It only got worse for Munster as Ian Keatley narrowly missed out on a try after Julien Arias was caught ball-watching, before missing the posts with his first penalty attempt.

Francis Saili saved a certain try with a tap tackle to deny Waisea Nayacalevu after the Stade centre was the beneficiary of Simon Zebo's ill-judged pass.

Moments later and Nayacalevu made the burst that produced the game's first try. Parisse provided support but Williams picked his angle between forwards Dave Kilcoyne and Dave Foley to score under the posts on 32 minutes.

Morne Steyn converted and added a penalty for a 10-0 lead.

Munster then lost Tommy O'Donnell despite the flanker initially returning from a head injury assessment.

But Stade were reduced to 14 men when Raisuqe was shown by television replays on the stadium's giant screens to put his hands in the face of Stander as they wrestled for the ball after Owens had blown his whistle.

Stade flanker Macalou then tore clear for a try before full-back Bonneval beat Zebo to the outside to score a third.

Zebo and Scannell combined for Murray's consolation try late on but by then the game was well out of sight.