Georgia on our minds: 8 talking points for Scotland ahead of Tbilisi test and World Cup selection 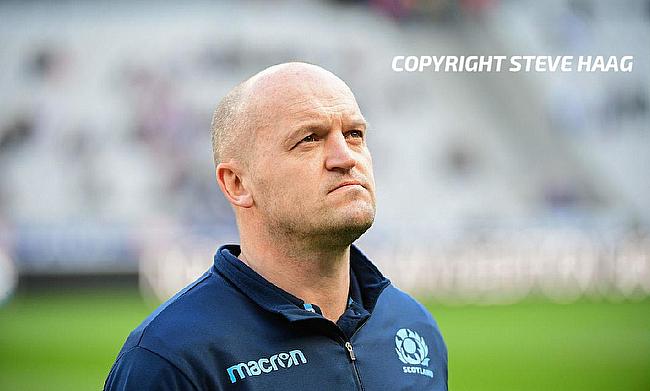 For Scotland’s rugby players, the next few days are massive.

Firstly, 23 of them will become the first tier one players to play in an international match in the Georgian capital of Tbilisi and then early next week, 31 of them will receive phone calls from head coach Gregor Townsend telling them that they are heading to the World Cup in Japan.

With Scotland having suffered three injuries against France last weekend - Sam Skinner’s serious enough to rule him out of a trip to Asia - facing Georgia in the Dinamo Arena may not be ideal, but it will certainly show Townsend and his fellow coaches who deserve spots in the finalised group for the showpiece event.

8 talking points ahead of a crucial few days

Young talent can nail down spots

Saturday evening in Tbilisi is a big one for young Edinburgh Rugby back three duo Darcy Graham and Blair Kinghorn.

They are both exciting talents and should make the trip to Japan, but they know that a good performance in this game can see their plane tickets booked. It looks likely that they will go to the big event along with Stuart Hogg, Tommy Seymour and Sean Maitland.

Scotland, of late, have become almost impossible to defeat at BT Murrayfield, but all too easy to beat on the road. Given that they have to play Japan in Yokohama during the World Cup group stages, they know that they need a far more robust showing in Tbilisi on Saturday evening than they put up against France in Nice a fortnight ago. Curing the troubles away from home has to be sorted out soon.

Bhatti’s big chance off the bench

Loosehead prop is not currently a position where Scotland have great strength in depth. Allan Dell will travel to Japan as first choice number one, but Gordon Reid and Jamie Bhatti are still battling it out to see who goes as back-up. Bhatti was hauled off at half-time against France earlier this month, but should get at least 30 minutes from the bench in Tbilisi to show what he is all about - he has to take the chance.

Second-row spots still up for grabs

With Skinner’s untimely injury seeing him head back down the road to Exeter Chiefs, the decisions from Townsend and forwards coach Danny Wilson about which second-rows to take to Japan have suddenly come into sharp focus. Jonny Gray and Grant Gilchrist are definite picks while Ben Toolis has the jersey this weekend and will want to make his mark to nudge out Scott Cummings for the third spot.

The 10, 12, 13 combination named by Townsend for the Georgia Test match has an exciting look about it. Stand-off Finn Russell is showing more control in his game now while fit-again Sam Johnson is a definite for Japan.

Rory Hutchinson has never been capped by Scotland, but that is about to change this weekend as the former @ShelfordRugby man prepares to take on France??

Also, if Northampton Saints’ Rory Hutchinson can impress on his first full start, then he may just pip the likes of Huw Jones to the 13 jersey for the big event.

Any match against the power of the Georgian pack is going to be won or lost up front. Given how important they are to the Scotland team and the fact that they are nailed on to start the first World Cup match with Ireland on September 22, front-rowers Allan Dell, Stuart McInally and WP Nel may have been wrapped in cotton wool, but they play this weekend and will want to put in a good showing.

All summer, a lot of the chat in Scotland has been about which back-rows will go to Japan and with a few days left to go, there are still a number of names in the frame. Ryan Wilson, John Barclay, Magnus Bradbury, Matt Fagerson, Jamie Ritchie, Josh Strauss, Blade Thomson and Hamish Watson could all still make the plane and it will be an interesting decision to see what mix Townsend goes for. Openside Watson is a definite while a case could be made for all of the others.

Hooker Stuart McInally seems to be in pole position to take the captaincy role at the World Cup and if he does, it will cap a remarkable turnaround in fortunes for the former backrow man. Scrum-half Greig Laidlaw and back-row John Barclay are the other contenders, but with neither of their places in the first choice XV certain, it seems that Townsend will go for the Edinburgh Rugby front-rower.