George Kruis relishes training with the best in Lions camp 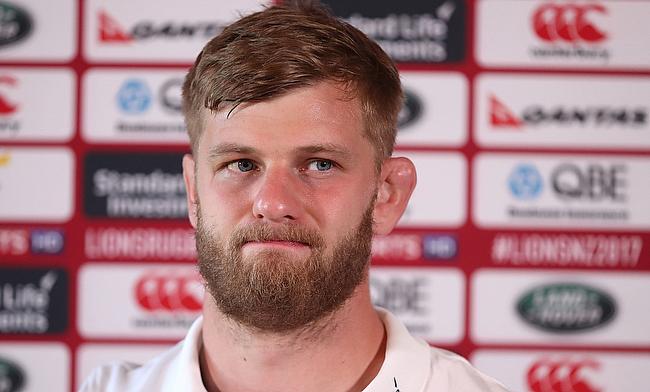 England international George Kruis said he is excited by the training and preparations in the British and Irish Lions camp ahead of their departure to a 10- game tour of New Zealand next month.

Kruis along with his Saracens teammates joined the Lions training camp on Monday, increasing the squad strength to 30 from 14 while the remaining 11 players will arrive on the conclusion of the Aviva Premiership and Pro 12 finals in the coming weekend.

The 27-year-old, who is rated among the best in the business is likely to feature in the first Test against All Blacks and Kruis said he is already looking forward to what will be his first stint with the Lions.

"It has been good," he said. "You are training with the best players around and it is really exciting.

"We had a really good blow-out today - it was the last training session for a few days - and you can really learn off people.

"You are constantly seeing different systems and it is just keeping as open ears as possible.

"It has been challenging, but it has been good. You never want a training session to be perfect, because you are not really learning then.

"We have got a massive challenge on our hands, but it is one that we are relishing.

"You just want to create a winning culture and a winning team. There are some unbelievable strike-players in the squad and we will just be looking to get the ball in their hands."

Kruis' England and Saracens team-mate Billy Vunipola pulled out of the New Zealand due to shoulder injury with James Haskell named as replacement.

Admitting, Vunipola will be missed against the All Blacks, Kruis also believes there is enough quality in the squad to challenge Steve Hansen's men.

"Billy is a quality player," Kruis added. "Everyone knows what he is about, what his strengths are.

"It will be a loss, but we've got the best players around and someone will do that role.

"James Haskell is coming in. You look at where he has played, what he has played, the experience he will bring. And he is a top-quality tourist as well."