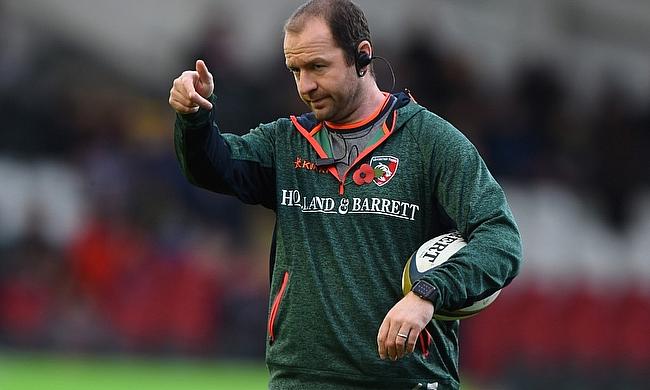 The Gallagher Premiership had yet another exciting round of fixtures that saw Bath host Gloucester, Exeter Chiefs paly Wasps at the Ricoh and Welford Road welcomed a new era under Geordan Murphy.

Northampton secured their first victory of the season on Friday night, largely thanks to the boot of Dan Biggar on his home debut. After a physical first half in which the teams were evenly matched, Northampton led 9-3 at half time.

It was in the second half when the game really got interesting. Danny Care burst over the line to reduce Quins’ deficit in what was a solid performance for England’s most capped scrum-half.

Dylan Hartley then contributed to the attack, scoring a try from the back of a rolling maul in the fifty-sixth minute. From there the sides exchanged penalties, that was before James Lang broke the challenge of Biggar to score his first try of the season. Harry Mallinder secured Saints’ victory with a seventy-sixth minute penalty.

There were a lot of promising signs for Saints who played a forward dominated game at the Gardens. James Haskell looked impressive in black, yellow and green as there are still question marks about Heinrich Brussow.

Fans present at the Ricoh arena were treated to a ten try thriller in which Exeter eventually came out on top. It was Wasps who started the scoring though. Elliot Daly scoring a remarkable try, feinting the ball on two occasions to open his account that afternoon.

Exeter hit back just over ten minutes later when Santiago Cordero bundled over the line in another impressive display from the Argentine. There was a swift response from the home side, with Josh Bassett getting on the end of a Billy Searle kick into the corner.

Sam Simmonds got his first try of the afternoon off the back of a driving maul. This was the start of a Chiefs onslaught, Henry Slade evaded the Wasps defence to show impressive pace to score in the corner.

Searle would score a long range penalty to bring Wasps back into contention, then Nathan Hughes had the last say of the half. Powerfully scoring a try from the base of a ruck, Hughes gave Wasps the lead going into half time.

The start of the second half didn’t go to plan for Wasps however. Brad Shields had a collision with Stu Townsend that resulted in him leaving the field for possibly the last time for eight weeks as he sustained a broken cheekbone.

Following Shields leaving the pitch, Sam Simmonds scored his second try of the afternoon, yet again from the back of a driving maul. Slade then added to his tally of the afternoon, intercepting a pass meant for Kieran Brookes and running the best part of seventy meters to extend Exeter’s lead.

Chiefs put the game beyond any doubt by pushing Don Armand over the try line in the seventy-ninth minute allowing Gareth Steenson to convert a sixth try of the afternoon.

This was another game in which Wasps looked unconvincing at times. Chiefs had much more of a challenge than in the first week, but still managed to win in impressive fashion with their forward-oriented play.

Draws are few and far between in rugby, so to have one that was so high scoring is really impressive. Bath will be especially happy with the result when considering that the home side were 21-7 at half-time.

The Cherry and White’s try scoring wasn’t done for the first half though. Callum Braley becoming the third scrum-half to snipe through to extend his side’s dominance over their hosts.

Bath finally got a foothold in the game when Semesa Rokoduguni benefitted from a practiced play from the back of a scrum. Freddie Burns found its mark perfectly, allowing the English winger to start Bath’s resurgence.

Tom Dunn got Bath off to the best start in the second half after some Gloucester hooker, James Hanson, overthrew a lineout into the Bath man’s hands for him to get over the line and got Burns his second conversion.

It was Tom Dunn who had the next meaningful contribution to the game, scoring another try, this time driven over the line by his Bath teammates to allow Rhys Priestland to level the scores. Billy Twelvetrees put Gloucester in front with a penalty six minutes later.

Elliott Stooke gave Bath the lead two minutes after a Priestland penalty, with just over seven minutes to go the lock was standing out on the wing and benefitted from Jackson Willisons pass to the touchline.

It was a former Bath man who had the last say of the game though. Club legend Matt Banahan dived over in the corner before Twelvetrees kicked the conversion to level the scores in the seventy-eighth minute.

As said previously, Bath will be happy with the result after losing so heavily at half time. However, Todd Blackadder cannot be so satisfied given his team’s resurgence to be leading the game with just over five minutes to go.

On the other hand, Johan Ackermann will be satisfied that his team seem to have maintained form from the previous week and not been completely blown away by an opposition fighting back.

Saracens picked up where they left off at Kingston Park the previous week. Young winger Matt Gallagher scored a try in only the fourth minute to0 give Owen Farrell an early conversion at Allianz Park.

However, Bristol fought back in impressive fashion. Callum Sheedy kicked a brilliant ball for Alapati Leiua to get on the end of. Leiua’s task was made much easier after Alex Lewington misjudged the kick.

Sheedy would score two penalties before Leiua went over the line again to bring in half-time. The wingers’ try coming after Farrell scored two penalties of his own.

A Saracens onslaught would begin in the second half. Alex Lewington scored his third try in two games after Alex Goode found the winger out wide. Billy Vunipola scored off the back of a scrum just moments after George Smith received a red card for a high tackle on Jackson Wray.

Liam Williams was introduced to the field in the fifty-first minute and just two minutes after the Welshman took to the pitch he outpaced all of his opponents to slide into the corner.

Williams scored his second try from the base of a ruck to extend Sarries lead even further. Williams completed his hat-trick after Nick Haining got on the end of his own kick to score for Bristol.

There were promising signs from Bristol who stood up to the much stronger Saracens. Sarries showed the depth they had by bringing on Vunipola and Williams to dominate their visitors.

Leicester enjoyed their first home fixture of the season with an impressive performance over Newcastle Falcons. It started with George Ford evading Falcons defenders to give Leicester an early lead against the visitors.

Jonny May and Adam Thompstone added try’s soon after to give Leicester a large lead very early on in the game. Ford was the catalyst behind these try’s on a really impressive afternoon for the England fly-half.

Tane Takulau was Falcons’ first try scorer of the afternoon, the Tongan getting on the end of Sinoti Sinoti’s offload to start bringing the Falcons into contention. Vereniki Goneva scored against his former club just after Manu Tuilagi’s lung-busting try, where the centre broke several challenges to power over the line.

Goneva scored yet again, finishing in the corner after allowing Chris Harris’ pass to the Fijian on the touchline. May would end the half’s scoring, when Telusa Veainu put the English winger though.

Leicester dropped off in the second half with only three second half penalties seeing the Tigers through to their first victory of the season. Falcons did score try’s through Mark Wilson and French prop Sami Mavinga.

Falcons have had a really difficult start to the season, playing Saracens and Leicester in quick succession. Despite having two losses to their name so far, there is no nee for Falcon’s to despair.

The Welford Road faithful will be extremely happy with the response their sides have shown after their resounding defeat to Exeter.  With George Ford and Manu Tuilagi playing extremely well, the future looks bright for Tigers fans.

Fans at the AJ Bell weren’t exactly treated to a fantastic display of rugby on Sunday afternoon. Sale scored a penalty in the sixth minute, thirteen minutes before Josh Beaumont scored a try to keep Sale ahead.

AJ MacGinty added another Penalty just before Denny Solomona intercepted a pass to score a try from around seventy meters out. MacGinty converted the score to give Sale an 18-0 lead at half time.

Worcester started to come back stronger in the second half. Bryce Heem stepped several Sale players to score a try underneath the sticks to give Duncan Weir an easy conversion.

Weir would then core a penalty in the fifty-first minute, prior to AJ MacGinty’s penalty soon after. Chris Pennell scored the final points of the afternoon following a Heem offload in the corner, resulting in Pennell sliding into the corner.

Sale fans can be encouraged that their team looked more defensively resolute following their heavy loss at the Stoop. Warriors have had two really close games in their opening games so it will be really interesting to see how they fare at Sixways when Newcastle visit.