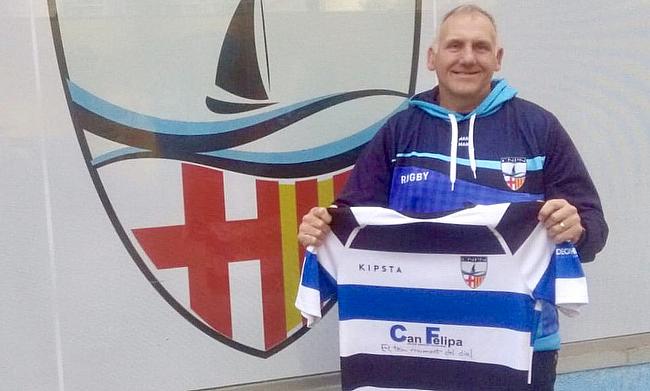 We're seeing a better rugby player being produced - McWilliams
England Women kick-start Super Series with 38-5 win over USA
'I needed my languages back to make this degree worthwhile!' - Andrew
Spanish rugby on the rise

After falling short on numerous occasions against New Zealand, victory over Canada in 2014 is one of the highest points in the Red Roses’ history, but since that night in Paris, Smith has begun his new chapter in Spain.

After leaving his role as assistant coach of the England Women’s side early in 2015, it took the best part of two years before Smith went back into rugby full-time. Now, he resides in Barcelona and is the Technical Director at CN Poble Nou in the same division as Ricky Andrew’s CAU Valencia.

“All the coaches at the clubs that I’ve experienced are Spanish,” said Smith. Apart from Lewis Williams, who is a New Zealander who has been out here coaching for many years. The only others I know are Ricky Andrew down at CAU and Richard Hicks, who coaches with me at Poble Nou.

Upon arriving in Spain, the Wolverhampton-born coach admitted that he was surprised at the standard of rugby when he moved to the Catalan capital: “If I’m brutally honest, I was expecting the standard to be a little bit higher than it was, because it is the Spanish second division that we play in.”

Taking charge of all levels of rugby at his club, Smith oversees the development of players starting at the under-6s, all the way through to the senior squad and is also instrumental in helping the other coaches at the club learn more about the game.

Coming to Spain with a wealth of experience in the women’s game, Smith believes that even simple things can help with the development of club rugby in Spain: “There is a breadth of knowledge, but in certain areas of coaching and playing, I think there is a lack of a depth of knowledge. But, I’m very fortunate to be working with some excellent young coaches, who have helped our U14 and U16 teams have really good seasons, so I have no doubt that they’ll do well in the future.

“Also, especially with the players, I don’t think that they watch enough rugby. Years ago, if you hadn’t got Sky then you couldn’t watch rugby sometimes. But now with the internet, you can go on YouTube and you can find highlights of almost every game that has been played that week.

“So, it’s not difficult to watch rugby, but it is not engrained in the psyche and that’s probably the big difference. Spain isn’t engrained in rugby like France, New Zealand or England, where kids are watching rugby from five, six or seven years old.

“The players know how to play rugby, but their lack of game understanding and knowledge is an area that we are trying to develop all the time. A lot of games look very exciting because the players try and play from everywhere, instead of sometimes thinking ‘you know what, we’re under pressure, let’s play for a bit of territory and we’ll gain some good ground and try to put the opposition under pressure.’ But, having said that, we have significantly improved on last season’s results.

“We have players at Poble Nou who, if they went to England, probably could play semi-pro.” Smith continued. “I probably have one or two that could play in the Championship, with the right level of experience and coaching so it’s an exciting challenge and still is after two years.”

Playing at the Mar Bella ground, the venue’s main stand looks over the Mediterranean so it’s not difficult to understand why Smith took the decision to move to north-east Spain. The Englishman said that he is thoroughly enjoying his time in Spain and, with the support of his players, the club’s volunteers and the board, he will be doing his best to keep his club progressing.

“I’m trying to change the culture with the support of core values that the club try and build on, Smith said. “The four values that we try and work on are respect, humility, commitment and passion. I did a poll of the whole club, parents, coaches and players. I gave them 19 values with a definition and found out what the top four were. So that’s what we try and build on.

“We’ve done a lot of work on catch, pass, footwork, evasion, offloading, running lines and decision making, before we actually come to building a game plan. I’ve got two prop forwards that before I came, had never made a pass in a game according to rumour. Now, I’ve got them passing and offloading.

“In my experience so far, after being in Spain for two years, there is still a game based around forwards doing this and backs do this. I want to create a game where, if you were to take the scrum and lineout away, everybody has the ability to do everybody

Despite being a minority sport in the country, Smith says that the general population of Spain does have an appetite for rugby: “I went to the Camp Nou to watch Wigan versus the Catalan Dragons. I know it’s rugby league, but there was 33,000 people there. When the Top 14 have played games in Spain and the Champions Cup final was played in Spain, they had 50 to 70,000 people there.

“People will come and watch rugby in Spain, there’s absolutely no doubt about that and, the Spanish national sides at 15s and sevens, in both men’s and women’s, are doing a fantastic job. Spanish Rugby will only get better and I feel that if a player or a coach ever gets the opportunity to come out here to work, they should definitely give it a go.”