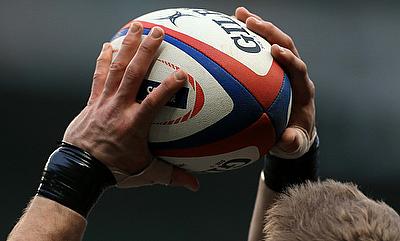 England toppled Ireland 48-15 in the final round but it was France, who went on to clinch the U20 Six Nations Championship title following a 3-24 victory over Wales in Colwyn Bay.

With England breathing on their neck, France needed to beat Wales with a bonus point to win the title and they responded to the pressure brilliantly. Their campaign got off to a brilliant start with Romain Ntamack crossing over in the first minute though Cai Evans reduced the gap to two points with an eighth-minute penalty. Clement Laporte (20') and Cameron Woki (30') scored further tries for France as they got to 3-17 lead at half-time. With the third quarter going without a point, there were some nerves felt in the French camp but scrum-half Jules Gimbert scored the decisive fourth try for them in the 64th minute as they went on to claim the bonus point. With two minutes left in the game, France suffered a minor setback when Georges-Henri Colombe was sin-binned but Wales failed to make use of the chance as they succumbed to a 21 point defeat.

Final Standings: France finished at the top of the table with 20 points while Wales ended fifth after losing three out of the five games.

Ireland started the game brilliantly with tries from James Hume (7') and Tommy O'Brien (15') but Ben Loader (10') and Fraser Dingwall (18') responded with touchdowns on their own as both the teams ended the first half with a 15-15 scoreline. However, Ireland were unable to push hard in the second half but England shifted gears in the third quarter especially where they amassed four tries in a span of 15 minutes. Ben White (55'), replacement Joe Heyes (65'), Gabriel Ibitoye (69'), Josh Basham (71') and Ben Earl (75') all scored second half tries as England completed a 48-15 resounding victory in Coventry.

Final Standings: England despite having 20 points ended second because of point difference with France while Ireland finish the Championship third.

Italy registered their second win in the Championship with a 45-31 bonus point victory over Scotland. Italy dominated the first 10 minutes when Albert Batista (2') and Matteo Luccardi (10') also crossed over as they raced to a 12 point lead. Fullback Paddy Dewhirst led response from Scotland with a 20th minute touchdown as they brought down the gap to five points but a double from winger Alessandro Forcucci put Italy back on top as they increased their lead to 24-7. Centre Stafford McDowall helped Scotland reduced the gap to 10 points when he dived past the line in the 38th minute try.

Scotland started the second half with a try from Logan Trotter as the gap came down to three points but the momentum once again swung towards Italy with Michele Lamaro (47'), Danilo Fischetti (57') and Alessandro Fusco (76') scoring tries as they completed a 45-31 victory.

Final Standings: Italy have moved fourth to the table with 11 points while Scotland languish at the bottom after suffering their fourth defeat.