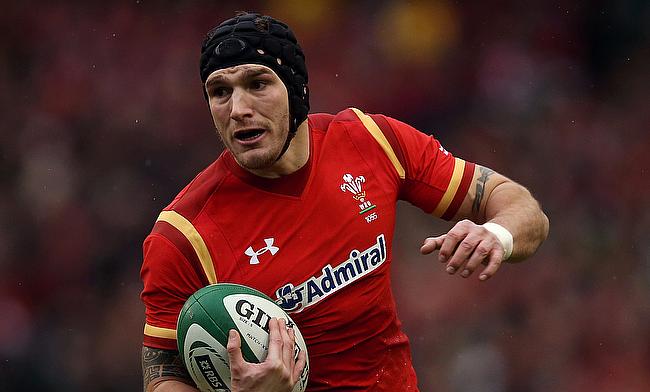 James spent most of his career with Cardiff Blues after making his professional rugby debut with them in 2006 and made 163 appearances for them scoring 63 tries.

He also featured for Exeter Chiefs between 2013 and 2015 and most recently for Scarlets but with the ongoing season suspended due to the pandemic coronavirus, the 33-year-old decided to end his playing career.

“With a lot of time to think, I’ve made a decision to retire from professional rugby,” said James.

“I have loved the opportunity that the Scarlets have given me this season. It’s been an awesome experience meeting new players, coaches and staff who will be friends for life.

“Looking back, I have some wonderful memories over the last 14 years; from signing my first contract at Cardiff Blues, running out onto Twickenham to make my Wales debut against England in 2007 and the couple of seasons I had with Exeter Chiefs."

His debut for Wales came at the age of 20 when he took on England at Twickenham Stadium and has featured in 12 Tests for them with his last appearance coming during the 2016 Six Nations.

“TJ has been awesome. Unfortunately, he picked up a couple of knocks back to back, so from a playing point of few he didn’t get as many opportunities as he would have hoped for, however that never lessened his spirit or drive.

"An outstanding professional on and off the field, as a senior pro and class man, the value he has brought with his experience, presence and bubbliness has been superb".