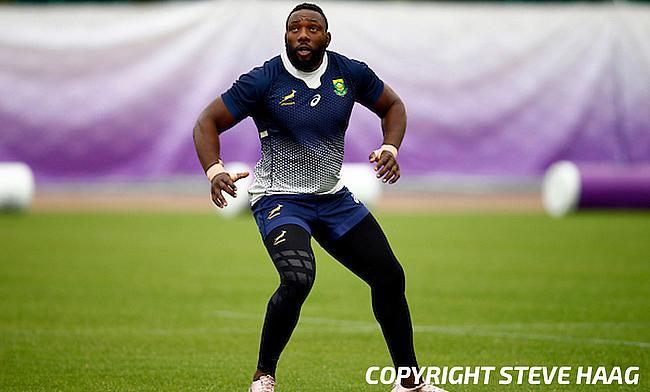 Former South Africa international and recent World Cup winner Tendai Mtawarira is set to make his debut in the Major League Rugby after he was signed by Washington based Old Glory DC.

The 34-year-old had stellar 13-year career with Sharks after making his professional rugby debut in 2006 and announced his exit from the club ahead of the 2020 season. Known as 'The Beast', Mtawarira also holds the record for most Super Rugby caps by a South African.

Mtawarira made his international debut in 2008 for the Springboks and has gone to play in 117 Tests making him the most capped South African prop in the history of the game and also third in the most capped player overall behind Victor Matfield and Bryan Habana.

The 6ft prop was part of the World Cup winning side of South Africa in the recently concluded edition in Japan following which he announced retirement from international rugby.

"I want to go to a place where I can make a meaningful impact and, from what I heard, there's a lot of African American kids in DC," Mtawarira said in an interview.

"I want to come out and be a role model and teach them a lot about my game."

The Old Glory side will feature in the MLR for the first time in the 2020 season and head coach Andrew Douglas is excited in securing the services of Mtawarira.

“It’s exciting to have one of the worlds best players here at Old Glory. As a coach, not only am I excited about what Tendai brings to the pitch, but also what he brings to our environment.

"He is an excellent professional and the values and character he brings will be important in raising the bar for the whole squad.

"To have a guy who has played 117 test matches yet is still so hard working and humble can only be beneficial for us. The signing takes the league to another level.”