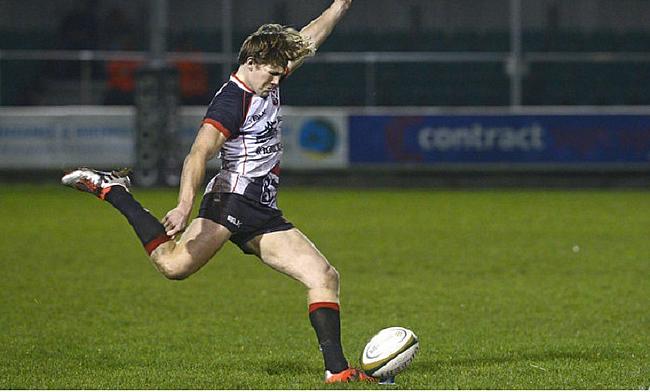 Callum Sirker: "I didn't know if I would get another chance"
Callum Sheldon: “Every time I play for Scotland I do it for my family”
Niall Saunders: Following in my Dad's footsteps

Cornish Pirates’ summer signing Bar Bartlett tells TRU about his time with Loughborough, his inspirations and life in Cornwell.

For most students, coming out of university can be all doom and gloom. What is the next step in your life? How do you go about finding your first ‘real’ job? But for some, that isn’t the case.

While his fellow students may well be working out what they want to do with their life now university is over, the future is bright for 22 year-old Bar Bartlett, who was probably one of the quickest from his year group to land a job.

Just three days after completing his sports coaching degree and waving goodbye to Loughborough University, Bartlett – who is the son of former Harlequins player Harry and the grandson of ex England international Ricky - was heading down to Cornwell to begin life as a Championship rugby player with the Cornish Pirates.

After initially been left at a crossroads after an injury hit spell with the Worcester Warriors, which led to him missing out on a contract, Bartlett was keen to continue his dream in rugby and his time with Loughborough opened the door to the second tier of the game.

When speaking to the fly-half over the phone, there are no immediate indications that he is overwhelmed to have been thrust from university into a professional rugby environment and even though it is still early days, Bartlett seems to be adapting to life at the Pirates rather well.

“I grew up in a small community and have quite a rural background and it is similar here,” says Bartlett. Everyone seems to know each other which is nice and the bonus of the beaches is also great!

“When I wasn’t offered a contract at Worcester while I was in school, I was pretty gutted and it was disappointing. In hindsight, it now looks like it was best for me as I went to university to play some senior level club rugby in National One and it has taken me to where I am now.

“It seems to be a natural progression at Loughborough for some of the guys to go from the 1st XV into the Championship and I am grateful it has happened to me.

“I left University in May, literally had a few days off and then headed straight down here to start pre-season which wasn’t a long turnaround!”

In truth, it hasn’t been a long turnaround since Bartlett first picked up a rugby ball and decided that a career in the sport was something he wanted to pursue for the rest of his life.  Rugby has always been engrained in his family it seems. Grandad Ricky was Quins’ Number 10, won the Five Nations with England in1957 and was never on a losing side for his country. As for his Dad Harry, he too was a fly-half at The Stoop in the Eighties and Bartlett hopes he can now push on at Pirates and try and follow in his family’s footsteps.

“My grandad died before I was born so I never got to meet him, but he as well as my Dad are huge inspirations for me,” said Bartlett. “Both of them played at Harlequins with my grandad playing for England too. My Dad is always there to help me and I still go kicking with him from time to time.

“I think when I could first walk and catch a ball, that’s when my Dad got me playing the game! He took us down to our local club when I was younger and from there, I have always wanted to play the sport.” Bartlett who was educated at Malvern College, where he gained a sports Scholarship for both rugby and cricket added, “Rugby has always been my number one choice. I did play cricket, but was the worst player in a very good team! There was never really a decision I had to make in terms of which sport was best for me as there was only one winner.

“I’m now looking forward to this season with the Pirates. I came down to Cornwell for a trial period last summer and I was keen to take that opportunity and now I need to make the most of my time here this time around. I am not trying to look too far ahead. I am focusing on working hard every day and continuing to learn as much as I can. This is a great environment to be in and I am looking forward to the challenge.”