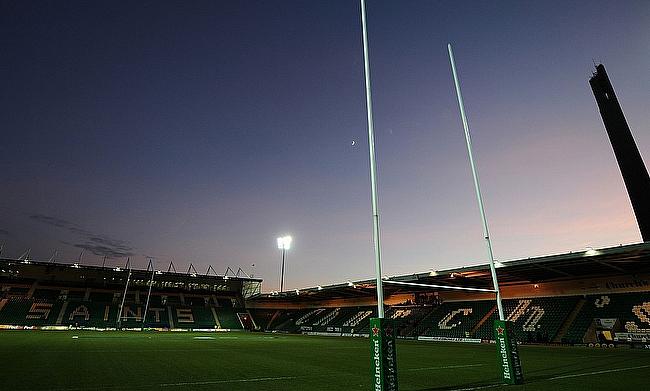 Jamie Gibson has been with Northampton Saints since 2015
©PA

Northampton Saints have confirmed that flanker Jamie Gibson has penned a new deal with the Gallagher Premiership club.

Gibson joined the Franklin's Gardens outfit in 2015 and has racked up 116 appearances for the club including 83 games in the Premiership. His consistent performances in the 2017/18 season saw him named in the Dream Team of the Premiership and also won the prestigious Saints Supporters Club Player of the Season trophy.

“I’m obviously delighted to sign another contract with Northampton Saints – after four seasons here, the Club really feels like home,” he said.

“I’ve never felt more determined to work hard, keep on improving, and to play as regularly as I can here at Franklin’s Gardens.

“There’s massive competition for places throughout the squad and the back row is no different; we’re all committed to progressing in every training session and so I’ve no doubt that this is the best possible environment for me to grow as a player.

“We’ve come a long way this season – both on and off the pitch – but the job is not yet done for us and we want to be challenging at the very top of the European game in the not too distant future, so I’m very excited to be a part of that.”

Northampton Saints director of rugby Chris Boyd expressed delight on the news of Gibson committing his future with the club.

“Jamie has been one of Saints’ most-consistent performers in recent seasons, so we’re delighted to see him commit his future to the Club.

“He is a player with a high work-rate, an excellent attitude and a huge desire to fight for his place within a very competitive back row here at Franklin’s Gardens.

“I know the Club’s loyal supporters love his doggedness on the field so I’m sure this will prove to be a popular signing, but most importantly keeping Jamie here strengthens our squad as we look to push for more silverware during the coming seasons.”