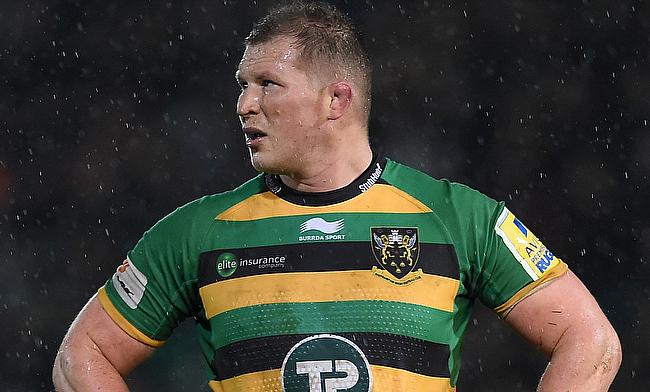 Northampton Saints director of rugby Chris Boyd said England skipper Dylan Hartley could make a comeback from a knee injury during the upcoming Premiership place-off encounter against Exeter Chiefs to be played at Sandy Park on 25th May.

The 33-year-old has been out of action since December when he suffered the blow and last featured for England during the November series clash against Australia at Twickenham Stadium.

Hartley returned to training in Northampton and has a chance to be named on the bench in the weekend's clash as they seek to win their first title since they last won during the 2013/14 season.

"It'll be a really big ask for him to come into that level of things straight away," said Boyd.

"To do that generally you need to be physically tough and mentally tough and very resilient and I think he's all of those things, so time will tell.

"He trained fully with us on Monday and Tuesday and trained really well.

"We had Wednesday off and when he came back in on Thursday he was feeling the effects of that training.

"He probably could have played, but at the end of the day if he had been here and Reece Marshall had been out five minutes into the game, if Dylan had been on the bench I doubt he would have got through 75 minutes at the physical level that that game was.

"When you have lower-limb injuries it's not just the rehab on the injury, but you've got to try to get some match fitness as well and clearly he hasn't had a lot of that lately."

England head coach Eddie Jones is set to name the preliminary squad for the World Cup next month and Hartley, who missed the Six Nations tournament earlier this year will be desperate to get back into the scheme of things.