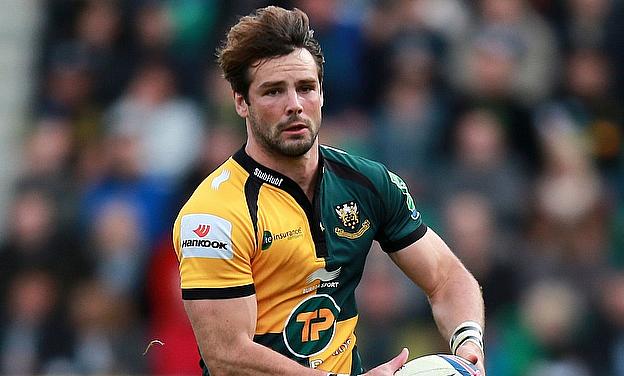 England's Ben Foden, pictured, is one of five players to sign a new deal with Northampton
©Press Association

"They have all come a long way in their time with us and are recognised as being some of the best players in their positions in the country. Retaining them was one of our main priorities.

"It's important we have a group of quality players who understand our culture and what we are trying to achieve.

"Ben, Lee, Luther, Ken and Jamie fit into that category."

Dickson's fine opening to the season for Saints saw him start the November internationals against Australia, Argentina and New Zealand as first choice scrum-half.

Strong running centre Burrell is on the radar of England head coach Stuart Lancaster and is likely to feature at some point during the forthcoming RBS 6 Nations.

Pisi, the Samoa wing, is in his second season at Franklin's Gardens and Elliott is an England Under-20 wing.