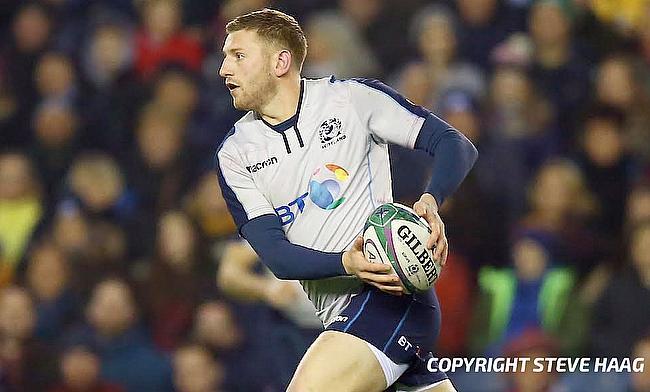 Racing 92’s preparation for the Champions Cup final have been far from plain sailing.

At the start of October, the club were forced into self-isolation after nine employees tested positive for Covid-19. Their Top 14 game against La Rochelle was rearranged, but the side would play against Toulouse last weekend, losing 30-24 at home to the current French champions.

Racing will me meeting an in form Exeter Chiefs, who have been playing with a dominant fashion in the Premiership this season. The odds for either side lifting the trophy have been very even across both sides as we head into the final according to some of the best betting offers uk.

In preparation for Saturday's game in Bristol, Racing have set up shop on the Mediterranean island of Corsica. Throughout this week, Laurent Travers’ team have been living in a hotel, reducing the risk of any infection significantly and have since registered no cases of Covid-19, along with Exeter, ahead of the showpiece finale taking place at Ashton Gate.

Finn Russell, who has been recalled to Gregor Townsend’s Scotland squad following his Six Nations exclusion, believes that the time spent away from the hustle and bustle of Paris has allowed he and his teammates to focus on what they must do to if they are to be lifting silverware above their heads as the sun sets in the West Country.

“It is a nice hotel, good for us to get away and be together as a team and as a group before the final,” Russell said.

“Everyone is obviously very focused on the final and you can have a lot more interactions with each other, whether that is small meetings or conversations just about the final and training instead of being back in Paris, going in and out of the training centre and then to your house. It is good. It is good for the atmosphere and preparing for this weekend.”

Racing’s date against Exeter is the Parisians third attempt at securing the Champions Cup. In both 2016 and 2018, the club have been beaten at the final hurdle, falling short firstly to Saracens in Lyon and then against Leinster in Bilbao.

Russell arrived at Racing in the wake of that second loss and the Scotland international instantly made an impact in his first year, adding plenty to his highlights package.

Only making the quarter-finals of the Top 14 play-offs and the last eight of the Champions Cup in his maiden season, this is Russell’s first attempt at winning a trophy with the club.

“I think it is massive for the club,” Russell said. “They have been in a couple of finals before and never quite managed to get the trophy. I have not been in a final yet with them, but I was just chatting with the boys and I already understand how much they want to win this final and get the first Champions Cup title.

“It is a good place to be right now, it is great, but everyone is still focused on the Champions Cup and there has not been much mention of the last couple of finals we have been in. It is more just building for this one, but everyone knowing that they have been in a couple before and know what to expect coming into a final.

“They’ve not really relayed back to the last final. They have not looked back onto that to get motivation, but I think that everyone is really driven to try and win the Champions Cup. I have not been here long enough to have been in a final, but I can see what it means to them. Hopefully this year we can go one further and actually win it.”

In Exeter, Russell will be coming up against four familiar faces from international and club level. Sam Skinner, Sam Higaldo-Clyne, Jonny Gray and Stuart Hogg are all part of the Chiefs ranks and the fly-half feels the Devonshire club will offer a far different challenge to semi-final opponents Saracens.

“It is going to be very tough for us,” Russell said. “It is a different defence to Saracens; it is full of opportunities. It is not easy to break a world-class club down, like a Saracens or an Exeter. We have been watching them and should have a few things that we should maybe try out, but it is going to be a very, very tough game for us to try and score in.”

Russell will be starting flyhalf for Racing as they attempt to win the competition at the third time of asking. Recent arrival in Paris, Kurtley Beale, is named on the bench, having recently returned from suspension. Donnacha Ryan too is on the bench, whilst his former Munster teammate Simon Zebo starts at fullback. In the starting XV therre are seven homegrown players, including captain Henry Chavancy.

The Champions Cup Final kicks-off at 16:45 at Ashton Gate Stadium.