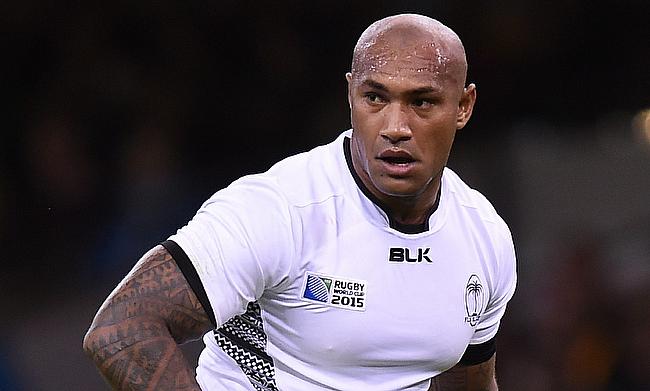 Nemani Nadolo retains his place in the Fiji squad
©PA

Fiji head coach Vern Cotter has named a 33-man squad for the upcoming two-match series against New Zealand to be played in July.

Levani Botia will be captaining the squad that has 14 players based in France, 5 each from England and Scotland, 3 from Australia, 2 from New Zealand and 4 are from Fiji.

Most of the players from the Autumn Nations Cup has been retained including Leicester Tigers' Nemani Nadolo and Kini Murimurivalu. Leone Nakarawa, Albert Tuisue, Tevita Ratuva and Temo Mayanavanua are the four locks in the squad which also has front rowers Sam Matavesi, Mesu Dolokoto, Peni Ravai, Eroni Mawi and Haereiti Hetet.

With the players set to undergo a 14-day quarantine in New Zealand ahead of the Tests, Semi Radradra will miss out on the tour due to his commitment with Bristol Bears following which he will undergo preparations for the Tokyo Olympics with the 7s side.

Onisi Ratave and Vinaya Habosi, who were released from the 7s squad has been selected for the series against the All Blacks.

“It’s an exciting squad and a perfect opportunity for the players who have been training well and the exposure within the squad against other confirmed international players will be fruitful.

We are looking forward to getting this group together and we will have to keep things simple.

“We are very happy with the mix as we have some new players who will be joining us and will bring enthusiasm.

“Whatever happens, we will get positive feedback from both games for our players to help us progress toward the World Cup in 2023.”

The opening Test will be played at Forsyth Barr Stadium in Dunedin on 10th July while the second game has been scheduled to be played at FMG Stadium Waikato in Hamilton on 17th July.