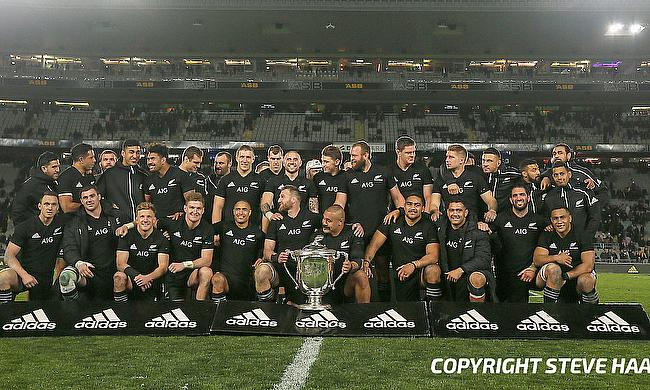 Auckland, Dunedin and Hamilton will host the games
©Steve Haag

New Zealand Rugby has confirmed that the All Blacks will be hosting Tonga and Fiji during their July Test series.

The series will kick-start with a clash against Tonga on 3rd July in Auckland's Mount Smart Stadium. This will also be seventh encounter between the two teams with the All Blacks recording a 92-7 win when they last met during the clash at Waikato Stadium in September 2019.

It will be also a double header with Maori All Blacks playing Samoa at the same venue with the kick-off time to be confirmed in due course.

Following the game against Tonga, Ian Foster's men will face Fiji in a two-Test series on 10th and 17th July with Dunedin and Hamilton being the venues respectively.

"We're absolutely delighted to be able to confirm what will be a fantastic series of matches featuring the All Blacks, Maori All Blacks and our Pacific neighbours, Fiji, Tonga and Samoa," New Zealand Rugby NZR CEO Mark Robinson said.

"We look forward to welcoming the Flying Fijians to New Zealand for what will be an historic, first-ever, back-to-back All Blacks Test Series against them.

"We know the passionate All Blacks and Maori All Blacks fans, together with the fanatical Pasifika fans, will make these game days very special occasions."