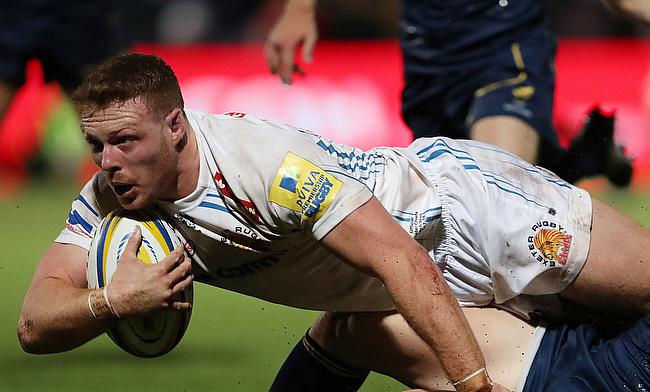 Simmonds, who already broke the record for most tries in a Premiership season sustained an ankle injury during the game at Franklin's Gardens and was replaced in the 64th minute.

“He (Simmonds) has had a rolled ankle from a few weeks ago which has been fine. I did not wait to see if he wanted to carry on.

“We were thinking of making a back-row substitution anyway.

“There will be an assessment over the next couple of hours. We didn’t take him off because it was a clear ‘that’s it, he’s done’. I thought let’s get on with things and keep the momentum in the game.

“Right here and now I don’t want to make a call on how bad it is. It could be very minor.

“It is one of those things. We will take everything into account, and if the right thing medically is for him not to play against Sale (next Saturday), then he won’t.

“People are either fit or they are not. Sam likes playing. He does not think rest suits him, but if his ankle isn’t right, it isn’t right.

“He won’t want to be cotton wool-wrapped for the Lions, and we don’t know the extent of the injury at all.”

Simmonds was selected in the 37-man squad named for the British and Irish Lions' tour of South Africa.

Meanwhile, Biggar, who was also part of the Lions squad left the field in the second half with an injury but is expected to be a precautionary move.