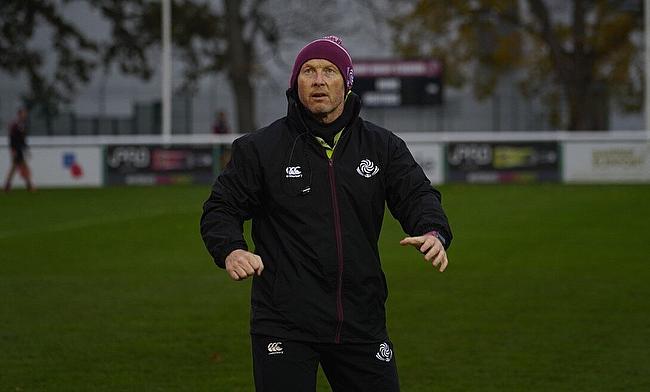 It was a phone call from David Humphreys that started Neil Doak’s association with the Georgian national side.

Having both played at Ulster prior to coaching the province together, Doak recently left his role at Gallagher Premiership outfit Worcester Warriors to join Georgia, but this is not the 48-year-old’s first foray into international rugby.

In 2013, whilst coaching with Ulster, Doak supported the Irish national team as they went on tour to North America, but now he is preparing for the upcoming Autumn Nations Cup with the Lelos.

“I knew that Georgia were one of the top tier two nation teams, trying to get into that Six Nations on a regular basis,” Doak said. “I have seen their success over the last couple of years with their U20s in the junior world cup and they have been really competitive, beating some of the tier one nations.

“I knew they had a decent crop of youngsters coming through and had some experienced players that had retired after the World Cup, but a lot of their forwards are actually playing in France and they are big, physical specimens.

“It is about trying to balance that continuity across the board with regards to the tradition of Georgian rugby and then the development across the board with the younger players coming through who are a little savvier with the ball in hand and this was something I was really looking forward to because I had heard a lot about the young guys."

Twelve of the Georgian national team are aged 22 or below and at the 2019 U20 World Championship in Argentina, the Junior Lelos beat Scotland 17-12 in Rosario, before going on to finish 10th in the competition.

Brive fly-half Tedo Abzhandadze was one of the stand-out stars at that tournament last year and he is in line to play at Twickenham on Saturday afternoon.

The 22-year-old is one of a growing number of Georgian backs making their way to Europe with the majority of the forwards playing their domestic rugby in France. Each of Mikheil Alania, Gela Aprasidze, Vasil Lobzhanidze and Tamaz Mchedlidze join their fly-half as backs plying their trade across the English Channel.

For many years, it has seemed odd if a Top 14 or Pro D2 side hasn’t had a Georgian prop, lock or backrow in their ranks and Doak believes that if more and more players are able to find themselves clubs in Europe, it could help the national team in the long-term.

“There is a number of guys playing in France and they are playing in the Top 14, which is a quality league and it is tough games week in week out,” Doak said. “Some of the younger guys who are in the backs, if they can keep going and hopefully gain some European contracts, I think it will grow the Georgian game at an international level.

“Maybe the club game they are playing back home is not at the required level it needs to be if they are to be really challenged and grow their skillset. I think that is why in one-off games they compete for 50, 60 minutes and then at the backend, they fall away. If you look at the World Cup, in the back 20 minutes of most games, I think they leaked 69 points in total across the four games.

“They know they can compete, but it is trying to get that consistency over the 80 minutes. That is the key battle.”

Doak will be coming up against his former pupil at Worcester, Ollie Lawrence, on Saturday afternoon as Eddie Jones has gone for a mixture of experience and new combinations for England's opening game of the Autumn Nations Cup at Twickenham.

Eddie has named his side to face @GeorgianRugby on Saturday in the first of our #QuilterInternationals as part of the #AutumnNationsCup ???

There is an air of anticipation around the Georgians, though. For several years, the Eastern Europeans have clinched the European Nations Cup nine times between 2001 and 2016 and they have won the Rugby Europe International Championships in each of the last three years.

Their dominance in the Rugby Europe competitions has led many to believe that Georgia should trade places with Italy in the Six Nations and there are calls to introduce a promotion/relegation aspect to the two competitions in order to add more competitiveness to the tournaments.

As a result, if Georgia and Italy clash on the Finals weekend of the Autumn Nations Cup on December 5th, it could potentially decide a lot of people’s opinions about the Lelos and the Azzurri.

“What we have got to try and make sure at the end of this month is that the team gets better as a collective and people see that the Georgian game is growing and the players get an opportunity to compete against the tier one nations on a more regular basis,” Doak said.

“Even some of the backs, as I have said, the development for them is trying to experience European rugby, whether it be in England, whether it be in France. Obviously, France seems to be the natural progression for a lot of the Georgian players.

“I think for them to compete on the next level, if some of those younger guys and a few more of the backs get the opportunity to gain contracts in France and play on a regular basis, I think on a collective basis for Georgian rugby, it will help massively.”