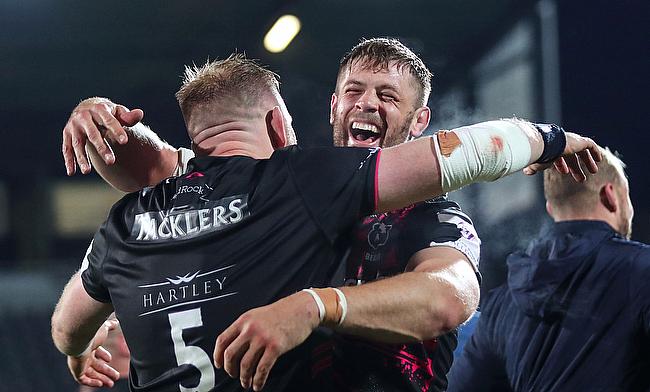 Dave Attwood sits in Bristol's High-Performance Centre three days after the Bears' 44-8 loss at the hands of Wasps in the West Midlands.

By the end of the 80 minutes at the Coventry Building Society Arena, Lee Blackett's side had kept Bristol from scoring double digits, just as Saracens had done the week before

But for this Friday, it could be a case of third time's a charm for Pat Lam’s men. Playing Bath at Ashton Gate, both teams are winless going into the encounter, a clash in which Bristol have won five of the last six meetings since they returned to the Gallagher Premiership.

So far this season, this isn't the Bristol we have become accustomed to watching. The team that finished at the top of the Premiership tree in June and has offered plenty of highlights since coming back to the top-flight in 2018 have been nowhere near their blistering best.

From the outside looking in, there have barely been any changes in the West Country this summer, with several names added to the senior squad from the Academy and four players brought in from elsewhere.

So, what else to do than ask Attwood why he thinks Bristol haven’t quite clicked into their familiar gear of full-throttle action.

“Fundamentally, we are the same squad. There have been very few changes between the team that finished at the top of the Premiership last year and the team that has lost the first two this year. That’s the nature of it.

“Objectively, we are still a damn good rugby team. We are not getting things right at the minute. We had a very specific game plan against Saracens that executed really, really well for half an hour and then we slipped out of it.

“Unfortunately, against a team of that calibre, when you slip a little bit, they don’t really slip very much. We struggled to rectify the ship, and then this weekend was very uncharacteristic in that we didn’t play with the courage that we are used to.

“It wasn’t so much the game plan, but the courage to make the right pass, but not a reason to throw the baby out with the bathwater. We don’t need to change everything. We are still a good team, and there is no better opportunity to right the ship than this Friday night against Bath.”

Following the loss last weekend, Bears’ Director of Rugby Pat Lam was quick to put any concerns to bed. Bristol are far different to the club that Attwood left all those years ago, having had something of a facelift in the past decade with a rebrand and a new home in Ashton Gate.

It wasn’t too long ago at all that plenty were lauding Bristol for their progressive mindset and pragmatic approach to the game, a process that took the team to Challenge Cup glory at the end of 2020.

With Lam saying his players would have learnt from these opening two games, there is nothing quite like a fiery derby against local rivals on a Friday night to ignite a flame that could burn until the end of the season.

When looking back at Bristol's first two fixtures, it is difficult not to think that, at times, the Bears have been unlucky and when trying to force the matter and be positive, it didn’t come off. The tries scored by Wasps' Tom Willis and Zach Kibirige last weekend examples of this.

As Attwood said, there was a lack of ‘courage’ amongst the playing group and the former England international believes taking bolder actions is something that the team have worked on this week.

“We got stung – LOL – much more than we would have done just for making the wrong decision,” Attwood said. “There was an element of that on the weekend and in our assessment of the game, we have talked about that.

“It wasn’t that we have suddenly become a rubbish rugby team. We are confident that we are a good team and in analysing that game, we looked at those kinds of things. You can’t help the bounce of the ball and you can’t help if someone slips over or if someone wasn’t in position just right enough and they executed perfectly.

“This weekend, we can’t control lady luck again. What we can do is control the things that we do need to control. We have worked hard so far this week on having a bit more courage.”

The majority of Attwood’s club career has been played in the same corner of England, the West Country. Born in Bristol, he moved through the ranks at the city’s professional rugby team, making his debut for the club as a substitute against Bath in 2005 in the Powergen Cup.

After never quite graduating to become a first-team regular, he moved to Gloucester in 2009 and it was his two years at Kingsholm that helped Attwood become an England international, but it was at Bath where the lock forward felt most at home.

Still living in the Roman city, Attwood played at the Rec between 2011 and 2019, making over 100 appearances for the club. He has also said previously that he would have liked to have stayed with the Blue, Black and White, but both parties were ‘unable to make it work’. 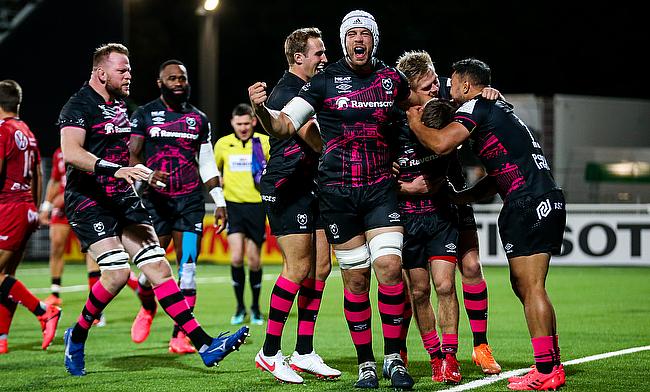 In 2018, the forward was loaned to Toulon after an injury that lasted 16 months and the time in France was used as a refresher before his final campaign with the club.

“It (his time at Bath) definitely petered out in a way I wasn’t expecting it to,” Attwood said. “When you have spent 10 years at a club, you feel like that’s your forever club. I think a lot of the fans at Bath, even a lot of the backroom staff, felt like that as well, but obviously, the management of the club didn’t feel like that.

“I’m very pleased with the decision that came to fruition. I think that this club has given me more in three years than more recent years at Bath have given me. I am very proud to have come back full circle back at Bristol and to be adding to their armoury.

“There are a number of familiar faces, friends – less so now – but there has been quite a lot of transition in that squad.

"This result is probably more important to me than it is to anyone else in this squad, arguably. It is certainly as important to any Bristolian fan so I will be desperate for us to continue our good vein of form against them and also along with the rest of our squad to turnaround our fortunes in the Premiership.”

For much of his career, Attwood has raised money to help fund research into degenerative brain disease. With this in mind, the 34-year-old would have undoubtedly seen World Rugby and International Rugby Players' new guidelines that aim to reduce the risk of injury and protect long-term player welfare.

These new guidelines have set out advised weekly limits for full-contact training, with the likes of Leinster, Clermont Auvergne and Benetton Treviso signing up to trial the recommendations.

“I have been subject to the brutality of the sport, not just at the coalface in between the matchday whistles, but also on the training field as well,” Attwood said. “It is very important that as a sport, we are coming to terms with recognising the impact that training has on players, not just the physical demands, but also the emotional demands and the impact it has on health.

“I think it is really sensible that World Rugby are taking a bit more of an active stance on this. I don’t think in real terms it will actually affect a huge amount. I think a lot of organisations, certainly here at Bristol – the management, the coaches, the S&C staff – are very aware of the impact that rugby has.

“They are very conscious of making the most of their assets. It doesn’t make sense to them to spend £5m in the salary cap and then be belligerent with those assets. I think a lot of clubs, and I can certainly speak for Bristol in this regard, are very mindful of player welfare and trying to be ahead of the curve on that.

“I think what World Rugby are doing is publicly formalising some of the processes and implementations that most people are already underway with adopting. It is nice that it is getting more public recognition because that will obviously transfer down through the leagues and be more resonant within grassroots rugby.”

The past year has seen numerous former players band together in order to raise awareness of head injuries. Just last week, Rugby World Cup winner Steve Thompon, who was diagnosed with dementia at the age of 42, announced that he had pledged his brain to the Concussion Legacy Project.

This is to aid the research of Chronic Traumatic Encephalopathy (CTE) and other consequences of brain trauma in athletes. In years gone by, there have been several high-profile examples of sportspeople donating their brains to medical research.

Perhaps one of the bleaker stories is the suicide of Junior Seau, the former NFL player, who shot himself in the chest in 2012 to preserve his brain. A year after his death, it was revealed that there were signs of CTE and Seau’s family subsequently sued the NFL.

With brain trauma and injury perhaps inherent in any and all contact sport, Attwood reveals that he too has promised to donate his brain for medical research and that players must compartmentalise fears surrounding potential head injury on the field.

“You definitely need to have a degree of separation in rugby because you can’t do this game when you are worried about contact,” Attwood said. “If you are worried about running into someone, then ultimately you are not someone who is going to be able to deliver from the performance aspect. That is part of what you sign up to when you become a rugby player.

“Interestingly about Steve donating his brain, I elected to donate my brain about 10 years ago. The Bristol brain bank (South West Dementia Brain Bank) is the biggest brain bank in the UK and they are one of the leaders in cognitive diseases research.

“Rugby players are subject to brain trauma all of the time; micro-traumas, major traumas all the time. We have got interesting brains and our brains will be able to enlighten generations of scientists to come. In helping to understand the degeneration of the brain, our brains will elicit information what a normal person doesn’t have.

“I think that every rugby player should be willing to donate their brains to research, but also organs in general.”

Raising tens of thousands of pounds for research into degenerative brain trauma and disease throughout his career, Attwood has perhaps been one of the most vocal current professional players on head injuries and is very proud to be the flag bearer of a cause he holds close to his heart.

“So, I do anything I can do. I raise funds, I raise awareness, I talk to panels, I talk to the public, I talk to the press. I try to stay up to date on ongoing research as much I can, and when I became involved in raising money for degenerative brain conditions, Professor Pat Kehoe made that process very easy.

“Just from a cognitive understanding point of view, it made it really interesting to see the actual impact that we can have, both in fundraising and awareness, but also in terms of the gifts we can give.”