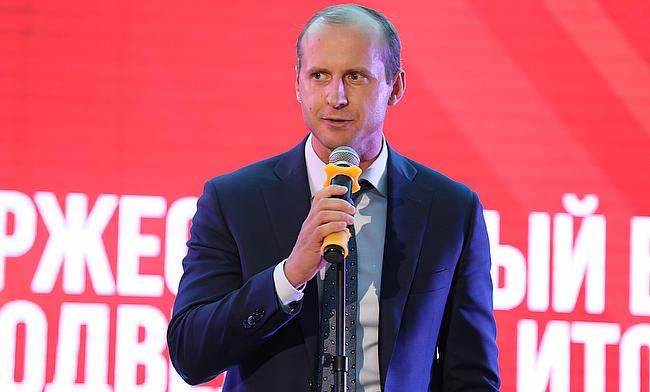 European rugby’s tectonic plates may well be shifting over the next four weeks, and not just because 35 monolithic Georgians will soon be rampaging across northern hemisphere rugby fields, starting at Twickenham this Saturday.

Georgia’s participation in the Autumn Nations Cup is certainly historic. For the first time in rugby history, the Lelos will be locked in meaningful competition for four straight weeks against Europe’s rugby establishment outside of a Rugby World Cup. It’s no less than Georgian rugby deserves.

Coupled with Fiji’s involvement in this competition, there is a feeling that the international rugby calendar is opening its doors a little wider to smaller nations.

For those who want to see smaller rugby nations competing with, and beating, the established order – which every rugby fan deep into an autumn pint will tell you they steadfastly do – this upcoming block of fixtures already represents a positive step forward.

But let’s not get carried away. Europe has 48 nations that play rugby, but only seven will be on our screens over the next month.

If rugby is to widen the borders of its European heartlands, those numbers need to increase.

Whilst a Georgian win against any Six Nations team over the next month would go a long way to inspiring the development of rugby in other European nations in the short term, the long term may be influenced more significantly by the outcome of a different contest: the race to become the next President of Rugby Europe. The election is in early December, and the starting gun has already been fired.

The incumbent President is Octavian Morariu, a former Romanian international No8, who has been the President since 2013.  His only challenger is the Russian, Kirill Yashenkov, the vice-president of the Rugby Union of Russia, and a key administrator of the game in the country over the past decade.

And it’s Yashenkov who has seized the initiative in the build-up to the Autumn Nations Cup, hosting a press conference last week announcing his candidacy and launching his manifesto.

His election ticket is based on helping Europe’s rugby unions get back on their feet as quickly as possible following the COVID-19 pandemic, sustaining a greater degree of centralised support for unions thereafter, driving revenues more aggressively and improving the quality and quantity of competitions for European nations and clubs.

His ultimate aim is to provide a framework which helps more nations follow in the footsteps of Georgia, should they want to.

Commenting on Georgia’s participation in the Autumn Nations Cup, he exclusively told TRU: “I am really pleased that a team from Europe’s second tier is to join the elite nations for the upcoming Autumn Nations Cup.

Deputy Chairman of the Supreme Council of the RUR Kirill Yashenkov is to stand for the post of President of @rugby_europe.
“Our goal is to declare Russia as a rugby power & the development of the level of the European Championship to approach the level of 6N teams," he said. pic.twitter.com/1jkZOFRxwJ

“I believe in a meritocracy that will allow the best nations in Europe to rise up the ranks and play each other in a top tier. However, this cannot just happen overnight and so as President of Rugby Europe, I would aim to facilitate dialogue and diplomacy to find the right solution for all stakeholders. There is a long way to go but I am keen to make a start!

“As an interim solution, I will aim to create a new competition structure for European nations that could result in Europe’s finest emerging rugby nations competing against the same from the Americas, Africa and Asia.”

Yashenkov’s manifesto put further flesh on the bones about how nations such as Georgia, Portugal, Spain, Russia, Belgium and Romania – who all compete in the existing Rugby Europe International Championship, an effective second tier Six Nations – could be in line for such cross-continental competition, with an eye to offering a much more attractive commercial proposition to broadcasters and sponsors.

He also highlighted how Europe could be divided into eight administrative clusters to boost club rugby in smaller rugby nations, allowing clubs to engage in competitions in other regions and even countries according to their level of skill, thereby increasing the number of meaningful club rugby matches.

The Rugby Europe Grand Prix Series would be in line for a revamp too, to better align it with the World Rugby Sevens Series. Right now, Yashenkov said, it is “nothing more than a platform for qualifying for the World Cup and the Olympics.”

On the question of how he would finance his reforms of the European rugby landscape, Yashenkov was confident that under his presidency he could “double the budget of Rugby Europe within the next two years” and that, should be elected, he could “sign the agreement in the last weekend of December or the first weekend of January.”

Morariu’s re-election campaign is yet to publically get off the ground and he may well rely on Rugby Europe’s electorate sticking with what they know through difficult times as the dynamic, reforming candidate has evidently emerged.