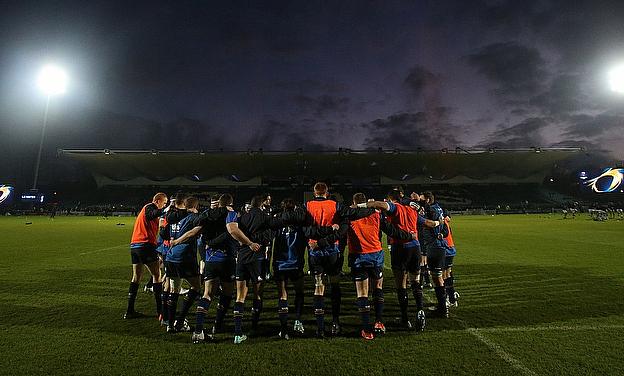 After a long break for the Six Nations, the European Rugby Champions Cup is back. Read on for our previews and predictions on each of the quarter-finals and let us know who you think will be making it through to semi-finals.

It’s been a rocky season thus far for Leinster, but qualification for the quarter-finals has been a small measure of comfort for their fans, who find themselves in the unaccustomed position of seeing their team sitting a lowly fifth in the Guinness Pro 12.

Both teams have back lines capable of playing exciting, attacking rugby, but they need to first establish a foundation at the set-piece. If fully fit and in form, the advantage here lies with Healy, but Palma-Newport shouldn’t be disregarded.

It will be a stern challenge for the tighthead, but he needs to try and earn parity at scrum time, lest it become a major weapon for the home side. If Healy gets on top and begins to earn his side penalties within sight of the posts, it could be game over for Bath.

There has been more consistency around Bath, who have really proven their credentials as title challengers this season. That said, their recent downturn in form has been noticeable and it remains to be seen whether the return of their internationals can instantly reverse that trend.

Leinster also welcome back a host of international stars, including Jamie Heaslip, Sean O’Brien and Rob Kearney. Heaslip and O’Brien join Jordi Murphy in the Leinster back row and will fancy their chances of dominating the contact area on Saturday, potentially allowing the midfield of Ian Madigan and Ben Te’o a little more time to work with. The absences of David Wilson and Henry Thomas at tighthead also offer Leinster a good opportunity to dominate the set-piece battle.

The chemistry of George Ford, Kyle Eastmond and Jonathan Joseph in the Bath midfield will be critical to Bath’s hopes of securing an away victory and on paper at least, they do enjoy a slight advantage over their opposite numbers. Combine their resumed partnership with the returns of Francois Louw, Dave Attwood and Anthony Watson, and you have a side entirely capable of turning Leinster over, especially if the Irish side stutters as they have done several times this season.

These are two closely matched teams, but Leinster have two things that Bath do not; home advantage and experience at this stage of the competition. Neither factor can be underestimated in terms of its influence on the final result, though nor does it rule Bath out. Bath have players capable of winning in Dublin, especially if the game becomes a little more open, but the experience and nous of Leinster should see them through. Leinster by 5.

Storming the Stade Marcel-Michelin is an unenviable task at the best of times, but with star winger and leading tournament try scorer George North sidelined, it becomes a seemingly insurmountable challenge.

James has had some great moments in the yellow of Clermont, but the Australian has receded into their second choice fly-half behind Lopez in recent years. His battle with Myler, an extremely well-balanced 10, will be an intriguing one to watch.

Both fly-halves will have to be sufficed with the ball their packs and scrum-halves provide them, but with Parra also missing from Clermont’s ranks, the half-back axis could be one Northampton look to exploit. If James can survive the pressure and supply his back line however, Wesley Fofana and Jonathan Davies could hurt Northampton.

The Welsh back will take no part in the game and will instead begin a month away from the game on the advice of a neurologist earlier this week.

Clermont are not without their own losses however, with both Morgan Parra and Camille Lopez unavailable. The direction provided by the half-back duo was pivotal in the group stage and their losses mean Clermont are as vulnerable at home as they have been in some time. The home side are however able to reunite a front row of Vincent Debaty, Benjamin Kayser and Davit Zirakashvili, who form a unit capable of causing anyone a headache.

Northampton pride themselves on the efficiency and high-tempo of their pack, something which they will be keen to utilise against the monstrous Clermont unit. If Saints can move the Clermont pack around the pitch and get them to tire, they have the physical carriers and elusive runners to exploit dog legs and mismatches in defence during the second half.

If any English side is equipped to go to Clermont-Ferrand and win, it’s Northampton. At full-strength, Saints are a match for any side in the competition, but unlike many French stadiums in the Top 14, it’s all but impossible to quieten or kill the belief of fans at the Stade Marcel-Michelin. Early leads in other French stadiums can take the home fans out of the game, but that is simply not true of Clermont. If Clermont can keep the game structured, they should have enough about them to see off the visitors. Clermont by 7.

Both Racing and Saracens are flying high in their respective divisions and come into the game on the back of morale boosting wins last weekend.

Both team boast formidable packs and it’s hard to imagine either one dominating for an entire 80 minutes. How the outside backs, particularly the four wingers mentioned, capitalise on those periods of dominance, could decide the game.

Ashton, Imhoff and Strettle are all amongst the tournament leaders in clean breaks, defenders beaten and most importantly, tries scored.

Saracens routed Harlequins at Wembley, emphatically seeing off their London rivals, whilst Racing snuck a 12-6 victory away at Bayonne, and in the Top 14, any away win should be celebrated.

Racing’s formidable defensive ability will be bolstered by the returns of Jonathan Sexton, Jamie Roberts and Luke Charteries, whilst their back three is capable of cutting any side open. They are a good match for Saracens all over the park but whether their back row of Wenceslas Lauret, Antonie Claassen and Camille Gerondeau will able to wreak as much havoc on Saracens as Billy Vunipola and co. inflict in return is questionable.

The Saracens back line is an underappreciated unit outside of North London and they have the ability to test the Parisians, albeit with Racing being one of the better defensive sides in the Top 14. That said, it’s up front where the usually dominant Saracens pack will face their biggest challenge, coming face to face with the likes of Luc Ducalcon and Eddy Ben Arous. There will be a lot of burden on the Vunipola brothers to provide Saracens with front foot ball, but they have been in good form of late and will be relishing the prospect of trying to turnover a French side on their own patch.

Of all the fixtures this weekend, none are harder to call than this one. Saracens lack the firepower to play from behind, so if Racing grab a significant early lead, it could get ugly for the Londoners.

Similarly, if Saracens dominate the early phases and force Racing into errors, the Parisians have been prone to losing their composure this season. Though there is the scope for this game to be comfortably won by either side, expect a close, pendulous game. Saracens by 3.

Neither Toulon nor Wasps have had the perfect preparation for this game, losing to Toulouse and Northampton respectively last weekend, whilst Wasps will also be without the services of both Nathan Hughes and Christian Wade.

This individual contest will likely be settled at the breakdown and though that gives an advantage to Armitage immediately, Haskell does not have to outplay his opponent at the contact area, he simply needs to disrupt Armitage’s pillaging.

That is easier said than done however, with Armitage arguably the premiere talent in the competition at getting himself over the ball, latched on and coming away with possession for his team. Haskell doesn’t have this same ability, but he is a very abrasive rucker, and if he can hinder Armitage at the breakdown, it should go a long way to giving Wasps the quick ball they will need to expose Toulon.

With a passionate home crowd behind them, not to mention a 23 so star-studded it belongs on a red carpet Hollywood, the advantage is certainly with the French side.

The return of Matt Giteau to the bench is a welcome one for Toulon, but the losses of Bryan Habana and Juan Smith mean that is not all positive for the reigning champions. Fortunately for Toulon, they have adequate replacements in Josua Tuisova and Mamuka Gorgodze. The tight five is also overflowing with talent, not to mention international caps, as Ali Williams and Bakkies Botha pack down in the engine room, providing ballast behind veteran tighthead, Carl Hayman. If there is a weakness to this Toulon side, it could be the mercurial Frederic Michalak at fly-half, who can singlehandedly lose games just as easily as he wins them.

With players like Tom Varndell and Elliot Daly amongst Wasps’ back line, the two-time winners certainly have a puncher’s chance down in the south of France, but there’s no shying away from the fact they face a momentous challenge. In addition to Varndell and Daly, the likes of Ashley Johnson and Joe Simpson are amongst Wasps’ arsenal of game-changers, and trying to implement a looser game, rather than going toe-to-toe with Toulon’s vaunted pack, may be the visitors’ best option. The decision to start young fly-half Alex Lozowski, over the seasoned Andy Goode, suggests this could be a route Wasps are keen to go down.

Toulon have talent and depth in their squad that Wasps couldn’t even have dreamed of in the days they dominated English and European rugby, let alone in their first year back in the competition. The French side could already have established a healthy lead by the time their subs roll on, but if they haven’t, their impact should help see the galacticos of Toulon home. Toulon by 14.