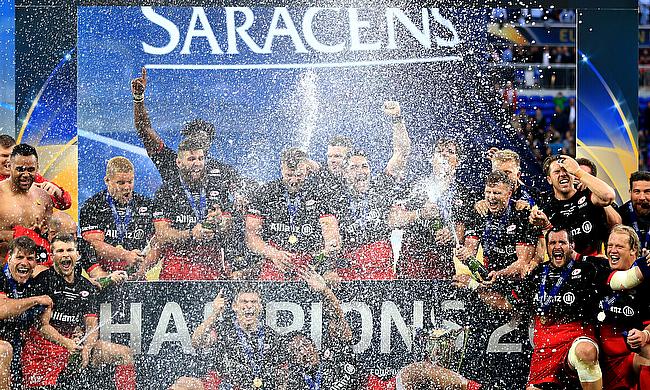 Defending champions Saracens have been placed in the same group as three-time title winners Toulon as the European Champions Cup draw got underway in Neuchatel, Switzerland on Wednesday.

Saracens, who had a phenomenal previous season where they went on to complete a double triumph of the English Premiership and European Champions Cup are placed in Pool three along with Toulon, lone Wales representative Scarlets and Sale Sharks.

Racing 92, who lost in the final to Saracens in the previous season are placed in Pool one along with Glasgow, Leicester and Munster.

The recently crowned Pro 12 champions Connacht will be accompanied by four-time European champions Toulouse, Wasps and Zebre in Pool two while Pool four will contain Leinster, Montpellier, Northampton and Castres.

The finalist of the Aviva Premiership 2015/16 season Exeter Chiefs will be in Pool five and will have to deal with French heavyweights Clermont Auvergne, Ulster and Bordeaux-Begles.

European Challenge Cup groups were also drawn on the similar lines with four teams in each of the five pools.

The rise of Joe Simmonds: The Exeter fly-half hoping to lead the Chiefs to European glory