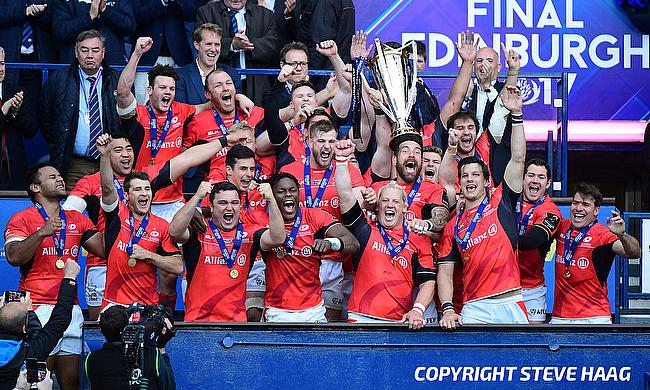 As Europe's biggest rugby competition kicks-off on Friday, we take a look at how the teams are shaping ahead of the round one of the Heineken Champions Cup.

Leinster looking the favourites to top the group having won four titles, although Lyon being number 1 so far this season in the Top 14 would have you think twice if you were a betting man. They have lost a solitary group game in the last two seasons and will head into the tournament after winning all six games in the ongoing season of Pro14. Meanwhile, Northampton Saints had an outstanding start to the domestic season with three wins from four games but have not reached semi-final since losing the final of the tournament in the 2011 edition to Leinster. Benetton have won just five games in Champions Cup since 2006 while Lyon had a tough entry to the tournament last season where they lost all six games.

The most open pool among the five groups as they do not consist of any teams that have previously clinched the Champions Cup. Rob Baxter’s men have been consistent performers in the domestic competition but could not quite reflect the form in the European competition. Their best performance came in 2016 where they were eliminated by Wasps in the quarter-final. Glasgow Warriors did reach the knock-outs in the last two seasons, only to be eliminated by Saracens while La Rochelle had a fantastic start to the 2017/18 season where they topped the group stage, only to be sent packing by Scarlets in the quarter-finals. Sale Sharks reached knock-out in 2006 and could be a surprising factor in the group.

A win in the Challenge Cup should hold Clermont in good stead but they will be wary of the fact that they missed the chance to win the Champions Cup on three occasions when they lost finals to Toulon in 2012/13 and 2014/15 seasons and also to Saracens in the 2016/17 season. The Quins have won the Challenge Cup on three occasions but have never gone past quarter-finals in the Champions Cup despite reaching the knock-out stage four times. Bath’s only success in the Champions Cup came during the 1997/98 season when they defeated Brive 19-18 and have managed to reach semi-final just one since then. Like Bath, Ulster also were winners of 1999 edition but have not managed to win any more title with their best finish since then coming in 2012 where they finished runners-up.

The defending champions Saracens have their own problem to deal with as they have been docked 35 points in the domestic competition and also fined for salary cap offences which they have appealed against. Director of rugby Mark McCall has already made it clear that they will concentrate fully on the Premiership survival over European challenge if their appeal fails which could be a sigh of relief for the other teams as the Allianz Park outfit have won the tournament three times in last four seasons. Munster have won the title two times in 2006 and 2008 apart from finishing runners up on two occasions but have not managed to cross the semi-finals since their last title win. Racing 92 came close twice to win the titles but went on to lose the finals in 2016 and 2018 while Ospreys, who recently returned to the Champions Cup will have a formidable challenge.

Looks like @SimonZebo is looking forward to getting his teeth into @Saracens ??

Can @racing92 get their #HeinekenChampionsCup off to a good start this weekend?? pic.twitter.com/uUWatqeoYq

French giants Toulouse top the list for most titles won having clinched them on four occasions apart from being runners up on two. Their battle with Gloucester will hold the key with the Cherry and Whites are winners of two Challenge Cups. However their best performance in the top tier came in 2000/01 when they were defeated by Premiership rivals Leicester in semi-finals. Connacht will play in the Champions Cup for the fifth time but have failed to reach the knock-out on the previous four occasions. Montpellier will also have their task cut out after reaching quarter-finals just once in 2013 when they were defeated by Clermont.

The wait is over, the 2019/20 #HeinekenChampionsCup is back on tonight ??@gloucesterrugby and @StadeToulousain kick us off - who will get the first win of the competition?? pic.twitter.com/1fEdXNkfQp