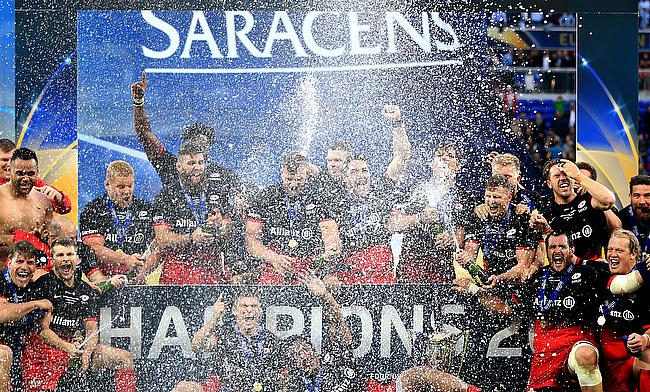 Saracens are the reigning champions of European Champions Cup
©PA

Defending champions Saracens will face a stern test in the 2019/20 season of European Champions Cup as they are grouped in same Pool as Munster, Racing 92 and Ospreys.

Saracens have faced Munster in the last season's semi-final while the Premiership champions faced Racing 92 in the final of the 2015/16 season. The four teams have been grouped together in Pool D.

The Pool 1 will see the finalist of the last season Leinster grouped with Lyon, Benetton Treviso and Northampton Saints while Pool 2 will feature two teams from Premiership in Exeter Chiefs and Sale Sharks as they will be joined by Glasgow Warriors and La Rochelle.

Premiership rivals Harlequins and Bath along with Clermont and Ulster in Pool 3 while Toulouse, Montpellier, Gloucester Rugby and Connacht comprise of Pool 5.

The EPCR organisers have also announced the groups for the Challenge Cup where Worcester Warriors will face Castres Olympique, Dragons and Enisei with Scarlets, Toulon, Bayonne and London Irish in the second group.

Bristol Bears are grouped in Pool C along with Stade Francais, Brive and Zebre Rugby with the final group comprising of Leicester Tigers, Rugby Calvisano, Pau and Cardiff Blues.