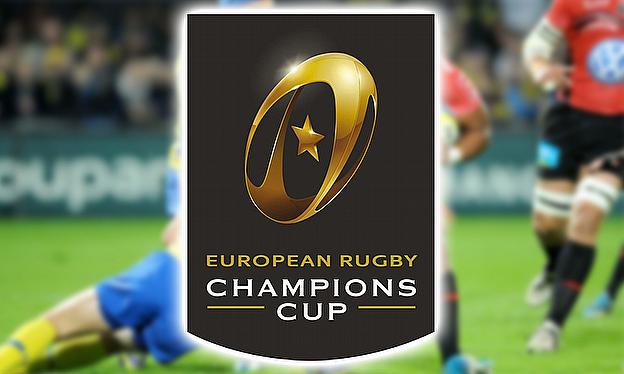 When RC Toulon and Clermont Auvergne meet at Twickenham this weekend, it will mark the second time in three years that Europe’s premiere rugby tournament has been contested by two French sides, as well as the third year running that Europe’s flagship side will hail from the Top 14.

English and Irish representation in the tournament was ended at the semi-final stage, with Saracens and Leinster both going down to valiant defeats in the cauldrons of Saint-Étienne and Marseille respectively. Scottish and Welsh involvement meanwhile was ended during the group stages of the competitions, with their post-mortems long since carried out by their disappointed fans.

With the Top 14 set for its biggest influx of southern hemisphere talent yet following the Rugby World Cup, do any clubs, provinces or regions from the home nations have a chance of preventing another all-French final in 2016?

Both Saracens and Leinster came close to doing that this year, but despite Saracens’ close score line with Clermont and Leinster taking Toulon to extra time, neither side looked to have the firepower to consistently hurt the talent-rich French sides.

There has been a lot of discontent surrounding Leinster’s performances this season, with the province, by their usual high standards, struggling in the Guinness Pro 12, often lacking the creativity and incision with which they have had so much success over the years. The return of Jonathan Sexton to Dublin should help provide the Leinster back line with a playmaker and composed decision-maker, whilst Isa Nacewa’s decision to come out of retirement and rejoin his former side should also be a boon.

Saracens meanwhile have not bolstered their squad with similarly high-profile additions, adding forward depth with the signings of Michael Rhodes and Samuel Vunisa, but have used this season to develop some of their extraordinary academy talent. Maro Itoje’s meteoric rise has kept on unabated this term, whilst fellow forwards Biyi Alo and Matt Hankin have also laid down significant markers. Their biggest and most-needed boosts could come in their back line however, with academy graduates Nick Tompkins and Nathan Earle offering plenty of star potential, and providing they impress in Aviva Premiership opportunities, could both surprise people next season.

There may be a level of scepticism over Leinster’s ability to challenge given their current predicaments in the Pro 12, not least so from their own fans, but both they and Saracens have the capability to feature in the knockout stages again next season.

Bath and Wasps, two teams that have improved dramatically in recent seasons and made it to the quarter-finals of the ERCC this season, could once again join Saracens and Leinster in the knockout stages next season.

Bath’s young, talented back line looks primed to be even better next season following a fine campaign this year, whilst they have also added quality to their half-back options, signing Nikola Matawalu and Rhys Priestland. Young front rowers Nick Auterac and Henry Thomas have also come on leaps and bounds this season and should continue to lay a solid foundation for that back line to thrive, whilst Sam Burgess’ move to the back row potentially gives Bath a world class compliment to Francois Louw on the flanks.

It’s a similar story in Coventry, with Wasps boasting one of the most exciting, young back lines in the competition and that’s before even contemplating the imminent arrival of All Black winger Frank Halai. Wasps, like Bath, have also targeted improved options at the half-back positions, bringing in Dan Robson and Jimmy Gopperth for the 2015/16 season, as they recognise the value in rotation at these key positions. Ashley Johnson’s continuing transition to hooker could solve a long-term problem position for the club, whilst a healthy duo of Joe Launchbury and Bradley Davies would be amongst the premiere engine rooms in the competition.

In a recent Q&A with club fans, Bath head coach Mike Ford admitted that the club was still looking to make a couple more signings before the new season, whilst Wasps are on the verge of announcing their new marquee signing in the coming days. With these further additions, there’s a great chance these two surging clubs could make significant runs in the tournament next season.

Though still licking their wounds following their mauling at the hands Clermont, Northampton Saints have the quality to be a force again next season, but replacing the talismanic Samu Manoa, who is Toulon-bound, will be easier said than done. The back line is in fine shape however; with depth and talent abounding, but Saints’ chances will likely hinge on keeping their first choice pack as healthy as possible.

Exeter Chiefs and Leicester Tigers are set to complete the guaranteed English representation, with Tigers having already secured their spot and short of shipping 100+ points in two final losses, Chiefs should join them. Neither side should be discounted, but with Leicester potentially going through a transition under new head coach Aaron Mauger and Exeter still developing their plethora of young stars, they may not be the most obvious bets to challenge the French dominance of the competition.

Irish challenges will also come from Munster and Ulster, both of who impressed in this year’s Pro 12, if not in Europe. As things stand, Ulster will be relatively unchanged going into the next campaign, which does raise some valid questions about whether or not they can make a bigger European impact than they did this season. Meanwhile, Munster’s Achilles heel, their lacklustre midfield, has been boosted considerably by news that Francis Saili will make Thomond Park his new home and he could be just what they need to return the impetuous to their European ambitions.

The Ospreys and Glasgow could be the sole representation that Wales and Scotland can boast, though both the Scarlets and Edinburgh remain in contention with Connacht for the final guaranteed qualification spot. It’s a stretch to imagine either side genuinely challenging for a place in the final, as both sides are struggling to develop the depth of the English or Irish sides, let alone the French clubs. Glasgow’s rise over the last few years has been impressive however, and the experience they picked up in the competition this year should stand them in good shape.

Seeding in teams’ respective divisions will obviously be vital, as a favourable draw in the pool stages could lead to a far more comfortable route to the semi-finals and beyond and drawing the sole Italian side in the tournament will feel like winning the lottery. This throws a considerable spanner into the works for both Leinster and Wasps, but both are sides that relish the big occasion and will fancy their chances against the nouveau riche clubs of the Top 14.

All of these factors said, the French teams aren’t standing still. Toulon have laid out the red carpet and welcomed a host of stars to the Côte d’Azur next season, whilst the Parisian duo of Racing Metro and Stade Français are both improving their rosters significantly. Clermont will also obviously be a force, whilst the remaining spots are being duelled for by Toulouse, Oyonnax, Grenoble, Montpellier and Bordeaux-Bègles, with latter two in particular bringing in rafts of new talent for the 2015/16 season.

A look at the prospective squads of Toulon, Clermont and Racing may make for grim reading for home nations fans, but that’s not to say there isn’t hope. A rejuvenated Leinster side, led by Sexton, have a good chance of upsetting the French party, as do the ever-improving duo of Saracens and Bath. Leinster’s seeding could work against them, but if Bath can somehow steal top spot in the Premiership, they’ll put themselves in prime position to make a big European statement next season.