English, Hodge set up thrilling 24-27 win for Rebels over Brumbies 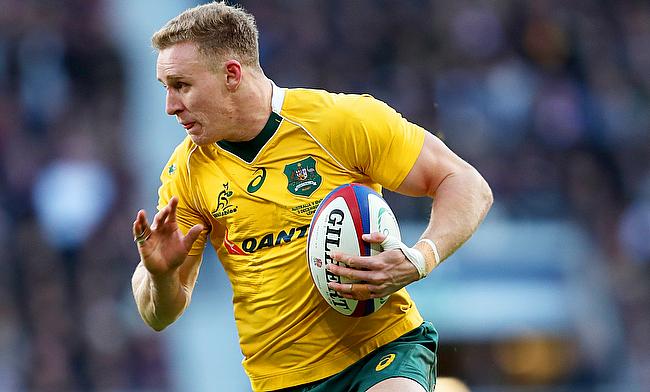 Tom English scored a double while Reece Hodge kicked the decisive penalty goal in the closing stage as Rebels edged out Brumbies 24-27 in their Super Rugby clash in Canberra on Saturday.

Rebels now have managed to end their losing slide and have maintained their second position in Australian Conference while Brumbies are at fourth.

Angus Cottrell started the game at a brisk pace when he beat Henry Speight and two other defenders to load English for the opening try in the seventh minute for the Rebels. Brumbies responded back in the 15th minute when Thomas Cusack responded back with a try of his own in the 16th minute and a conversion from Wharenui Hawera gave them a slender 7-5 lead.

Rebels suffered a setback when Amanaki Mafi was yellow carded for a high tackle on Brumbies prop Scott Sio at the start of the second quarter and the home side capitalised on the numerical advantage when Faalelei Sione and Rob Valetini scored tries in the 24th and 31st minute. Hawera slotted both the conversions to make it 21-5 which became 21-10 with the second touchdown from English at the stroke of half time.

With the first 15 minutes in the second half going without a point, Hawera slotted a penalty goal to extend Brumbies' lead to 24-10 but Rebels scored two tries in a span of four minutes to get themselves back into the game. First it was Jack Maddocks, who burst through in the 61st minute and then Semisi Tupou followed him up four minutes later.

HIGHLIGHTS: 2018 Super Rugby Week 13: Brumbies v Rebels
An inspirational 2nd half comeback sees the @MelbourneRebels get their season back on track with a 27-24 victory over the @BrumbiesRugby in Canberra. #SuperRugby #BRUvREB https://t.co/MCEMzmzORN

Hodge's double conversion meant the game was levelled at 24-24 and with three minutes left in the game, Brumbies’ lock Sam Carter was penalised for a high tackle. Hodge ensured the penalty kick was right on the slot to seal a three point victory for Rebels.