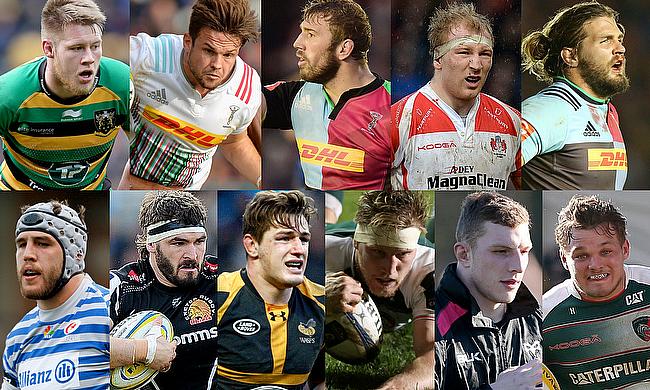 Eddie Jones targets top ranking for England after Tour de France visit
James Haskell out for four to six months with toe injury
England U20s 2017
What next for England?

The bubble that is England rugby’s stellar 2016 had to pop at some point.

Admittedly, the news that in-form flanker James Haskell has been ruled out for four to six months with a toe injury - thus missing the autumn internationals - is not quite the bubble popping, but it has certainly been deflated as England continue to try and hunt down New Zealand at the top of the world rankings.

Haskell had brought a physical edge and remarkable fitness levels to the England seven jersey and played some of the best rugby of his career during this year’s Six Nations Grand Slam and whitewash of Australia in the summer tests. He is set to miss all of England’s games against South Africa, Fiji, Argentina and Australia in the autumn.

His omission does however create an opportunity for another player to step up and help continue the team’s unbeaten run under head coach Eddie Jones and we have collated the frontrunners below.

Harrison was in supreme form for Northampton last season and was rewarded with a call-up to the England team for their game against Wales and the following tour to Australia. He was the player Jones turned to when Haskell first suffered his toe injury, prior to the third test against the Wallabies. He was substituted early in that game and replaced by Courtney Lawes, but one forgettable performance does not erase all the good work he has done for Northampton, nor the improvements he made to his game during the 2015/16 season. At this point, Harrison would likely be the favourite for the jersey.

The versatile young back rower has become England’s jack of all trades under Jones, providing impact from the bench and covering all three back row positions. The Australian has said that he sees Clifford initially as a flanker but that he may ultimately develop into an eight, the position he played when he captained England U20s to the Junior World Championship in 2013. He’s the fleeter type of flanker that many England fans have been clamouring for but whether that fits with the physical game that Jones has the team playing remains to be seen. Starting and providing impact off the bench are two very different things.

This will cause no end of hysteria, especially given Jones’ comments about Robshaw at seven during the Rugby World Cup, but it could be an option. Nathan Hughes has now qualified for England on residency and it would be extremely surprising if he doesn’t win his first cap this autumn, especially if Robshaw were to move over to the openside, creating a void at six for Hughes, Maro Itoje or Billy Vunipola. People will question the balance of the unit but with Itoje and George Kruis bringing plenty of work rate from the engine room and Vunipola much more than solely a ball carrier these days, it could work.

Kvesic shone in an England jersey this summer, albeit the Saxons one in South Africa, rather than with the senior team in Australia. The Gloucester openside caused havoc against South Africa A, who struggled for any kind of consistent ball retention in attack and even the bruising South African loose forwards had trouble dislodging the limpet-like Kvesic from the ball. Having starred at Aviva Premiership and Saxons levels, there is little more Kvesic can prove outside of the England senior team.

Like Harrison, Wallace had himself a stellar 2015/16 season but unlike the Saint, was extremely unlucky not to be rewarded with a place on either of England’s summer tours. Wallace has always been physically impressive and a real danger with ball in hand, but last season he really improved his work at the breakdown, bulking up below the hips and demonstrating great flexibility and balance at the contact area. He has a number of players to usurp in the pecking order, including two of his club teammates, but don’t rule him out.

There is no questioning Fraser’s ability or talent and the only thing that has kept him back at this point in his career has been his inability to stay injury-free. Aside from a niggle here or there, Fraser was finally able to string together a campaign full of impressive performances for Saracens last season and barring an injury between now and the autumn internationals, may have done enough to persuade Jones that his durability is no longer a concern.

Armand is not your archetypal seven but if Jones is looking to continue to dominate teams physically, then he is a very like-for-like replacement for Haskell. The two players are abrasive, attritional flankers who wear down the opposition with fierce tackling and clear outs, maintaining their impressive tempo due to their excellent conditioning. Armand was another player to excel on the Saxons’ tour of South Africa this summer.

We’re starting to move into the realm of dark horses here but Jones (Sam, not Eddie) started his career at openside and it’s a role he could resurrect with Haskell’s injury leaving a hole in Wasps’ back row, as well as England’s. With George Smith having moved on, Jones will either compete with Thomas Young for the seven jersey or move into Haskell’s spot on the blindside and either will give him the opportunity to show he has what it takes to answer England’s call.

A blistering start to his Tigers career had the English-qualified openside lauded as the solution to England’s long-term issues at the breakdown. Injury wrestled much of that early momentum away from the Kiwi but with a full preseason under his belt at Welford Road, there is every chance he hits the ground of the 2016/17 season running and propels himself into Jones’ thoughts.

Do the RFU risk angering the Premiership clubs and players leaving the country by setting up an exceptional circumstances clause to bring Underhill into the fold? Or do they take the gamble he will come back of his own accord once he has finished his studies and turn down the advances of Wales in the meantime? It’s a dilemma and one that won’t be easy to resolve. If Underhill were to agree terms with a Premiership club or at least publicly confirm his intention to return to the country at the conclusion of his studies, he would likely give the RFU enough wiggle room to select him but that is nothing more than speculation at this point.

Evans was unlucky to miss out on World Rugby Junior Player of the Year nomination this year and was one of the standout players in the U20 Championship. He made his Leicester debut last season at the age of 18 and qualifies to represent the England U20s once again in 2017. All of that said, Jones is paying close attention to this young man - including asking for video of his practice sessions - and the Australian has already shown he has no issue with including younger, inexperienced players if he thinks they have what it takes to be world class in the future. Just look at Evans’ Leicester teammate Ellis Genge or the now five-time capped Paul Hill.