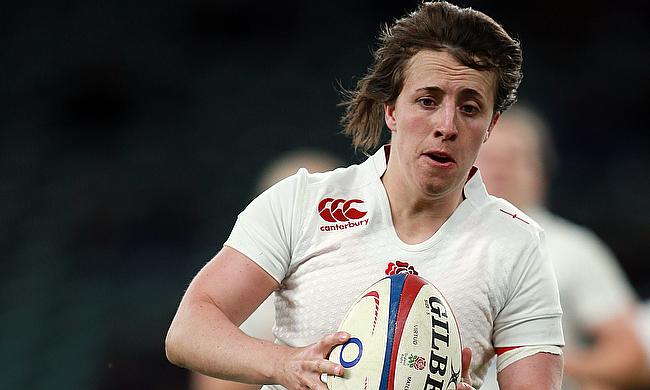 The 34-year-old led England Women to World Cup title victory in 2014 when they defeated Canada in the final and is their third most capped player in the history of the game with 116 caps to her name.

Daley-Mclean has represented England in four World Cups and was awarded an MBE in the 2014 New Year’s Honours List and has clinched eight Women's Six Nations Grand Slam titles with them. She was recently named at fly-half in World Rugby’s women’s 15s team of the decade.

She also had represented Darlington Sharks, Loughborough Lightning and Sale Sharks Women during her professional rugby career between 2013 and 2020.

“This has been a difficult but relatively quick decision and feels like the right time.

“I’d like to say a huge thank you to Nicky Ponsford [RFU head of women's performance] and Simon Middleton [England Women head coach] who have been great with me throughout my career and were completely understanding of my decision to retire.

“At Sale Sharks I have found a new home and have loved my time there so far.

“Working with Darren Lamon and Michelle Orange, and living locally, I feel I can develop my coaching and drive something special at the club and in the region"

England Women head coach Simon Middleton lavished praise on Daley-McLean and her contribution to the sport.

“Katy is an icon of the game.

“The word legend is used a lot but I would tag that to her because of the consistency of her performances over such a long period of time.

“The influence she’s had on the women’s game worldwide for England has been absolutely sensational.

"Katy has continually adapted and shown her versatility as a player and her technical and tactical understanding as a player to play at the level she has for so long in such a pivotal position is incredible.

“People probably forget just what a good sevens player she was. She transferred her skillset from XVs to sevens which took her all across the World Series and the Olympics. I was fortunate to be able to coach her and work with her in both formats."