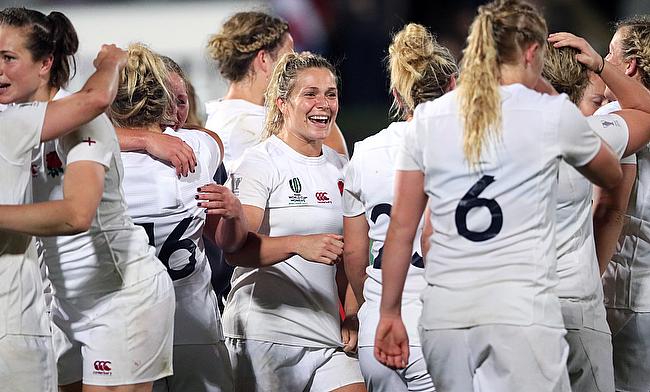 England Women's rugby have received a major boost as the Rugby Football Union is set to introduce full-time contracts for 15-a-side players.

The Quilter Internationals will continue under the existing Elite Player Squad (EPS) agreement but a total of 28 players will be under full-time contracts in effect from 1st January in addition to seven with EPS.

The move will continue to drive standards in the game both at a domestic and international level with all England players eligible to play for their clubs in the Tyrrells Premier 15s competition, returning to the RFU for England duties.

With immediate effect, the squad will be based Bisham Abbey National Sports Centre during core periods, providing a permanent base within a high performance training centre.

“We are delighted to be able to offer full-time contracts to our 15s players. This has long been our ambition and demonstrates the RFU’s commitment to growing the women’s game and the belief we have in the future of the sport," said RFU Chief Executive Steve Brown.

“We are at a tipping point for women’s rugby globally and it is our ambition to be world number one and drive growth at every level. As an organisation, from top to bottom, we are very much behind this and want to see the continued expansion and growth to realise the ambitious targets we have set ourselves.”

Earlier, the board had controversially not renewed the XV contract post the 2017 World Cup to focus on the sevens format and in August RFU had announced 17 full-time contracts for the England Women's side for the 2018/19 season.

“As a union we want to lead the way for driving standards in women’s rugby through everything we do. Full-time contracts are a big step in ensuring we have the access to players to develop them and fulfil their potential," said RFU Director of Professional Rugby Nigel Melville.

“Bisham Abbey is a world class training facility and it’s a great opportunity to have a permanent base and use of their facilities.”