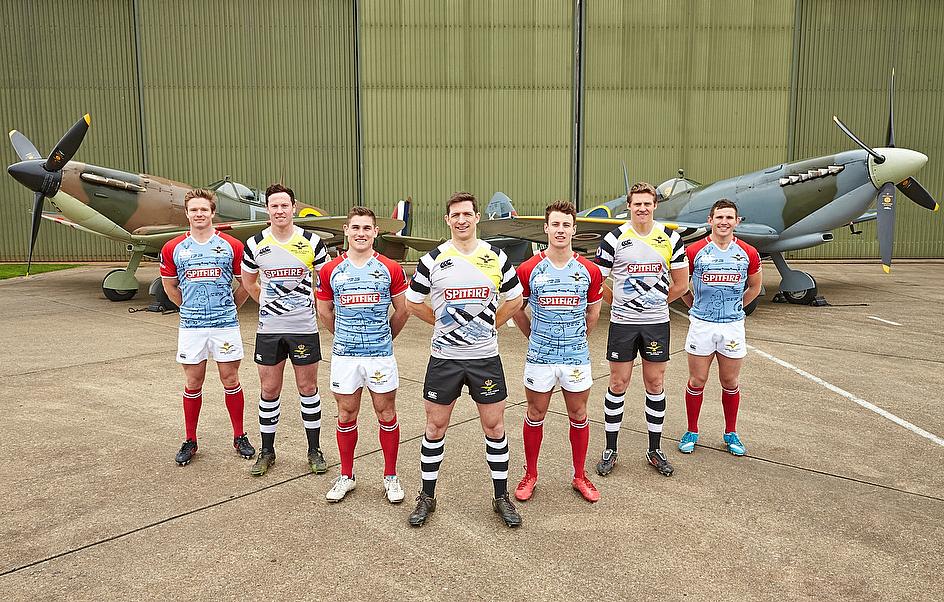 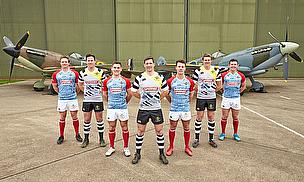 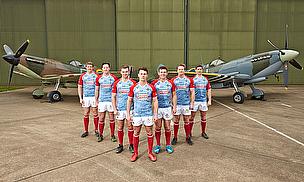 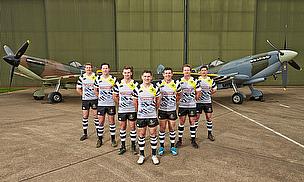 The team, which is made up of serving RAF personnel, take their name from the iconic Royal Air Force Spitfire aircraft used in World War II, will be seen in the new kit for the first time at the Bournemouth 7s Festival later this month.

The new home shirt in traditional RAF cronulla blue displays a blueprint design of an RAF Spitfire plane as an added creative touch, and the alternative shirt known as the ‘Invasion Shirt’, boasts a design taken directly from the classic markings of a spitfire plane.

The invasion stripes on the arm of the shirts are representative of the alternating black and white bands which were painted on the wings of World War II aircraft to increase recognition of friendly forces whilst the yellow represents the iconic propeller blade tips.

For the first time, following numerous requests from fans and supporters all keen to show their dedication to the team, there will also be a casual range consisting of a hooded jumper, polo shirt, tee and singlet.

£5 from each shirt sold will go to the charities supported by the RAF Rugby Union and so far this donation has helped raise over £30,000 for the RAF Benevolent Fund and Khelo Rugby.

Khelo Rugby is a tag rugby project for disadvantaged children in India and the Spitfires have been involved in coaching children in the slums of Calcutta for over 18 months. Khelo is expanding within India and other countries including Pakistan, Afghanistan and Vietnam, which is helping grass roots rugby in developing rugby nations.

The RAF Benevolent Fund is also a charity close to the RAF’s heart, which raises money to help RAF personnel and their families, past, present and future, in times of need.  Their recent projects include funding for youth workers and play parks on numerous RAF stations across the UK through the Airplay scheme.

Squadron Leader Nick Monahan, Deputy Director RAF 7s, said: “We feel really privileged to have our kit supplied by Canterbury, and the designs they’ve produced are loved by the players and sell really well to the public. The money we’ve raised through the supporters’ shirt sales was recently recognised by the RAFBF, with the 2014 award for the Best Cause-Related Marketing. We are really looking forward to showcasing the latest designs around the country, and internationally, this summer.”

Chris Stephenson, Canterbury CEO added; “The RAF Rugby 7s shirt is one of our best sellers and it is fantastic that this year we are able to launch two new kits for their 2014 season alongside a brand new supporters range. We wish the team the best of luck in their upcoming tournaments.”