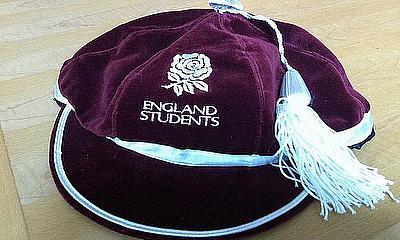 England Students lost both of their Test matches against France Universities, with their second defeat being a 37-22 loss last Friday.

In the second tour match, the hosts led 25-10 at the break, with Oktay Yilmaz and Thomas Bordes crossing for tries, while Max Clementson’s effort and a Will Partington penalty was the response by England.

A try from Remi Cervantes plus another scored carried France into a 37-10 lead before Oli Robinson went over for England.

France were reduced to 14-men following the dismissal of Thibault Rampa and England took advantage as Charlie Reed cantered over.

Thank you to @studentsrfu for an unforgettable experience with a top bunch of boys.
Thank you… https://t.co/ahrjnGtuQQ

However, England could not add any more points to their tally as they ended the tour with another defeat.

England, who made six changes from their loss to France in the first Test, started this contest well and made their possession count as BUCS Super Rugby Championship winner Clementson sniped his way over.

But the hosts, who beat England in Bristol 12 months ago, managed to create three openings before the break with Yilmaz going over for their opening try.

Bordes did well to power across the line from close range to help put the home side in control before France dotted down again.

Tries from Robinson and Reed gave England renewed hope after France had extended their advantage following the interval, but the visitors were unable to strike again.

The first match of the tour was a much tighter affair, but Aaron James’ side were on the wrong end of the result in Chambery as they lost 25-24.

The hosts led 19-10 at half-time after scores from Rampa, Kevin Kornath and Cervantes wiped out England’s penalty try.

Cardiff Met’s Luke Northmore brought England right back into the contest after half-time as his two tries, either side of two French penalties, reduced the arrears to just a point, but the home side hung on for the win.

Thank you to all the staff at the Best Western in Chambery! #EnglandStudents #rugby #studentsrfu… https://t.co/U6FRaKQ2P5

England Head Coach Aaron James told englandrugby.com after the second Test: “We’re obviously disappointed. France beat us at the lineout and the scrum, and they attacked really hard. We held on strongly for a while but eventually they broke us down. We scored three very good tries, with good processes, but we didn’t have the ball for as long as we planned.

“Coming to France is a very hard trip, but it’s been a learning experience, and the development is what the programme’s all about. I think the players and staff have learned a lot about physicality and the mental approach for matches like this, it just goes up another level from what they’ve had in the BUCS Super League.”